Ever had a temper tantrum simply because you were ravenous? Well, it isn’t just humans who can do seemingly absurd things when they are hungry, looks like animals too lose power over their minds when they are famished.

Don’t believe us? The ‘hangry’ saga of this king snake will make you believe that hunger hits humans and reptiles in quite the same way!

In a bizarre video that surfaced on the internet, a hungry snake was seen swallowing half its body. Yes, it is as uncomfortable yet peculiar as it sounds. This is not just it, the entire act was captured in the video and the snake was seen regurgitating after it realised that it bit itself.

Jesse rescues a hungry kingsnake from eating himself 🐍😮😳👍🏻

In the video, a member from the team, Jesse Rothacker, explained that king snakes eat other snakes and are often seen biting themselves too when they are hungry.

“They will sometimes see their own tail, they’ll think it’s a snake, they’ll take a bite out of it, and they’ll realise they’ve bit themselves. They don’t usually swallow themselves. But today, we’re going to see a kingsnake that, I don’t know, might not have done very well on the SATs.”

Rothacker goes on to say that ‘they had been feeding the snake but it probably was still hungry and ended up swallowing itself.’ 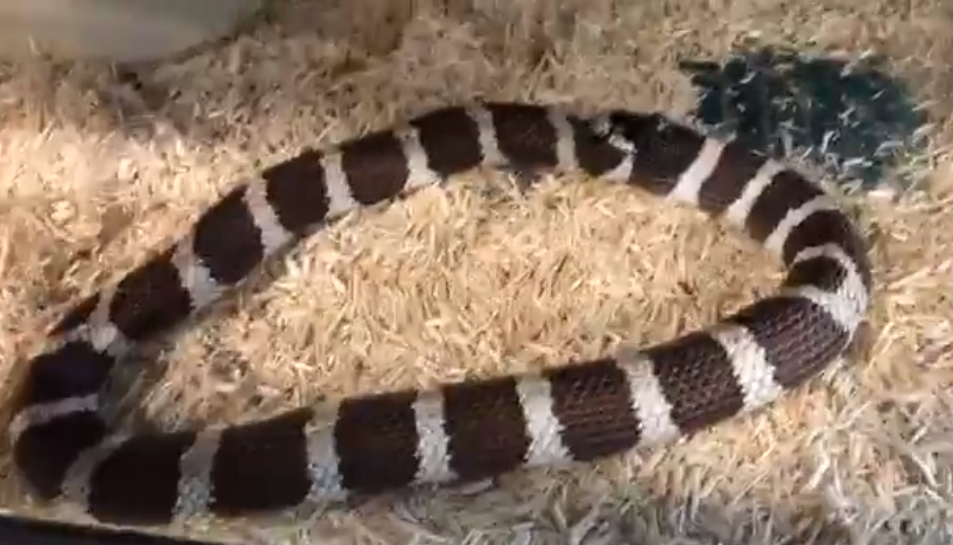 But when the snake realised that he was biting on to himself, he tried to vomit his tail out- 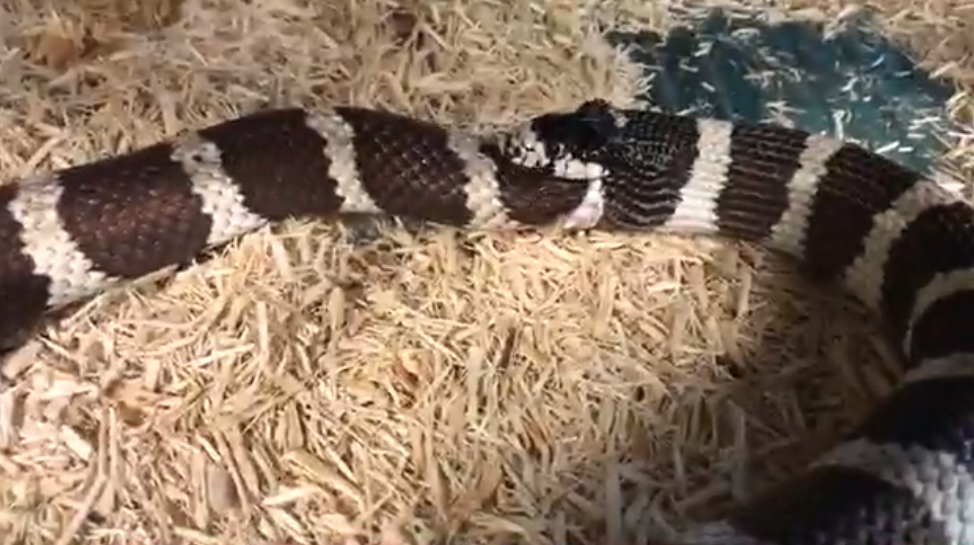 He further explains that to let go off a snake eating its prey, or himself in this case, we can just tap their nose a little and make them nervous.

“Sometimes if we can just tap their nose a little they’re not going to like that… that’ll make them nervous. And usually, if you make a snake nervous while they’re eating, they will let go of whatever it is they’re eating.”

The weirdly fascinating video garnered hundreds of hits with curious people commenting on it:

This video is funny and weirdly fascinating at the same time.