Guy Proposes To His GF Through A Stand-Up Show, Makes A PPT On Why She Should Marry Him

When you think of proposing to your partner, what ideas instantly pop up inside your head?
Roses? Definitely.
A candlelight dinner at a rooftop restaurant? Yep.
An engagement ring hidden inside the choco lava cake? …Ummm…

You see, even though the above idea has been used for years, our generation comprises of people who are brimming with “out of the box” ideas. Because our generation goes against norm…and we have a gazillion startup ideas! So when this guy, Aakash Shah, had to propose his standup comic girlfriend, Aishwarya Mohanraj, he decided to go with a hilarious plan. 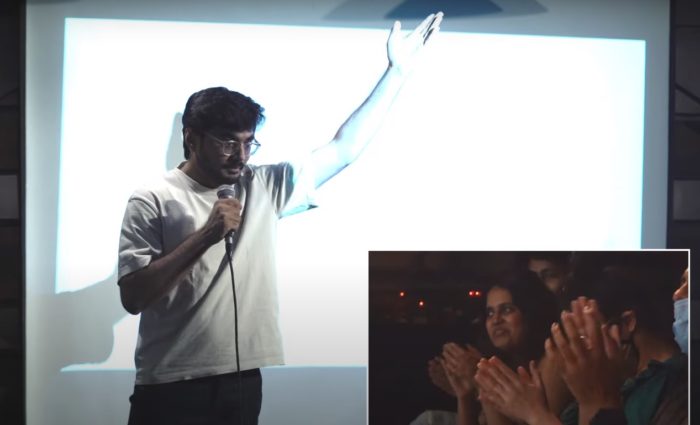 He did a stand-up show in front of a room full of people just to propose to his girlfriend. Not just that, he made a very convincing PPT on why she should marry him. To all the men reading this, you better step up your game. 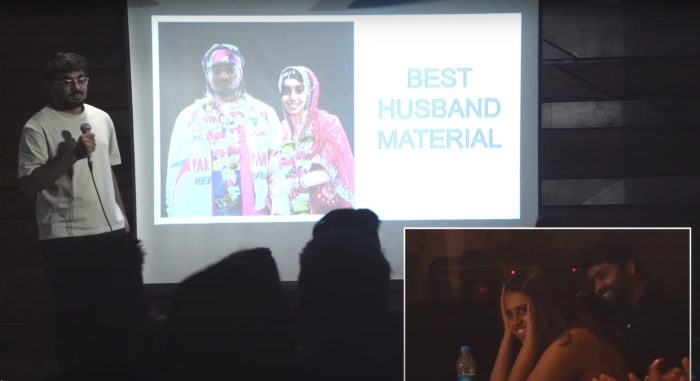 The points he made in his PPT included:

That he is hot, and he used a very convincing picture of his abs to prove so. Haters will say it’s photoshopped. 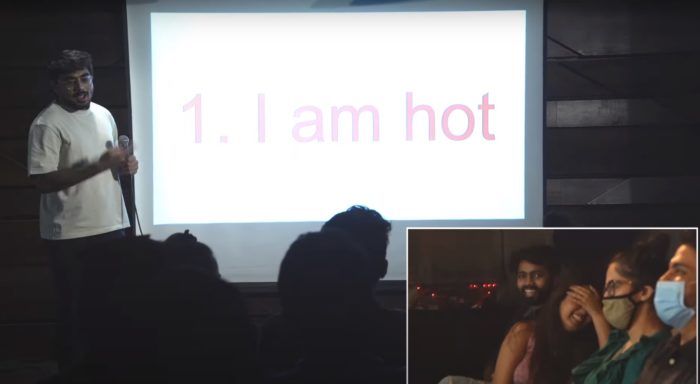 I’m pretty sure his girlfriend can vouch for this…ahem. 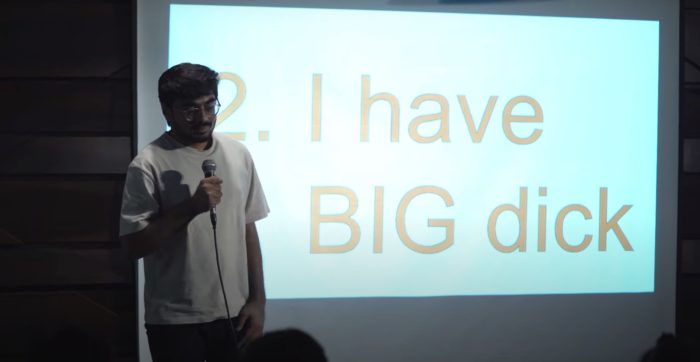 What’s even better? He apparently sought his hone wale saas-sasur’s aashirvaad before going ahead with the proposal! 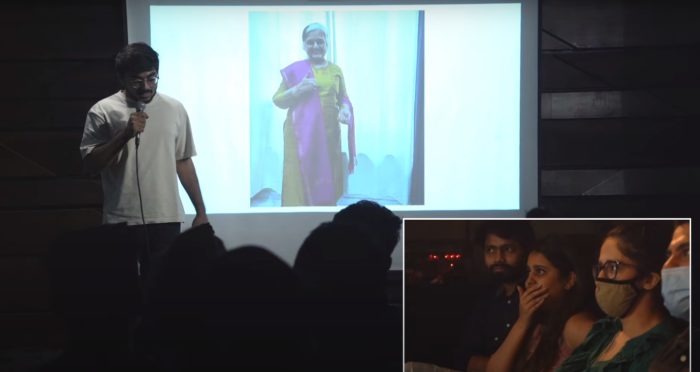 And then this happened…

*goes to a corner and cries* 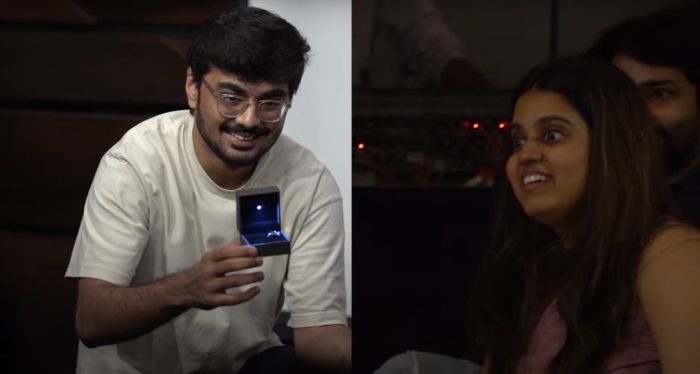 Isn’t this the cutest thing on earth or what!