Our society is so messed up that the moment a woman takes a step out of her home, people, including other women, come together to pull her back. It’s sickening to see women facing so much prejudice just because they want to prove to the world that they are more than just pretty faces good enough only to take care of the household.

Priyanka Gupta, popularly known as ‘Graduate Chaiwali’, took the leap of faith and jumped into the business sector to become a successful entrepreneur.

Her story is as interesting as it gets. After graduating in Economics, she set up her ‘chai ki tapri’ near Patna Women’s college and became an online sensation overnight. Her unconventional venture and her determination to do something for herself made her the talk of the town.

But just like in Bollywood movies, the moment someone starts becoming the hero of the story, several villains spring to action to put roadblocks in their lives.

In Gupta’s life, the Patna Municipal Corporation became the antagonist, trying to stop her from flying high by confiscating her tea stall multiple times.

Taking to her social media, Gupta recently posted a heartbreaking video sharing her plight. Sobbing her eyes out, Gupta shared via the video that the Patna Municipal Corporation authorities took over her tea stall for the second time. In the video, she said that here in Patna, people indulge in a lot of illegal activities but the authorities turn a blind eye to them. However, they are after her even though she has the commissioner’s permission to set up her cart for the time being.

Hence, she decided to put an end to her venture and return the money to everyone who was interested in getting the franchise of her business.

Patna Municipal Corporation of Bihar has once again confiscated the tea stall of Priyanka Gupta, popularly known as Graduate Chaiwali, in the name of anti-encroachment action. Inconsolable Priyanka shared a video on social media as well#Chaiwali #Patna #graduatechaiwali #Bihar pic.twitter.com/6ED4XJ5QgD

But after posting this worrisome video, she was quick to take it down and posted another post about not losing hope and being determined if she wants to be a successful entrepreneur.

In her latest post, she wrote that people were concerned about her taking her business down. Many motivated her to fight this roadblock and not give up on her dreams.

People were delighted to see that she has decided to fight this battle and not give up. 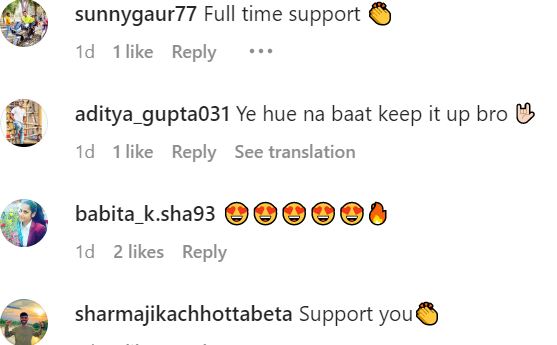 Just like a villain is important to the movie’s plot, this intervention by the municipality was also important to make her realize that she’s a fighter and that fighters never give up. You go, girl!