They say one can win a battle with just their courage and determination. And this is what this elderly couple from Tamil Nadu proved by fighting goons who threatened them with sickles and knives.

In the video that surfaced on the internet, 70-year-old Shanmugavel of Kalyanipuram in Kadayam, Tamil Nadu was seen sitting at the entrance of his house when a masked goon tried to choke him with a cloth. But the 70-year-old was not alone. His wife, 65-year-old Senthamarai immediately came to his rescue.  It is when another masked intruder entered their house and attacked the couple. 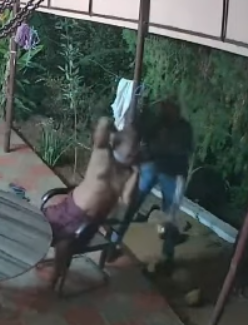 The elderly couple then fought the thieves who threatened then with knives and sickles bravely. Far from helpless, the senior couple fought the thieves and attacked them with plastic furniture and whatever household item they could find. The intruders’ intention of robbing the old couple was in vain. They fled the spot when they found that the couple were more than capable of protecting their home.

The entire incident was recorded on camera and the video went viral on social media.

Speaking to TNM, Shanmugavel says that they were prepared to handle intruders since their property is isolated from the village.

“We live in a farmhouse at the edge of the village and it is located very close to the forest. It is a five-acre land and we have been here for 40 years. We were acutely aware of the fact that we were susceptible to attacks from robbers because our house was isolated from the rest of the village,” he says. “When I was getting strangled, I immediately began to make loud noises to get my wife’s attention. I knew it didn’t have to make sense. It just had to bring her to the entrance. 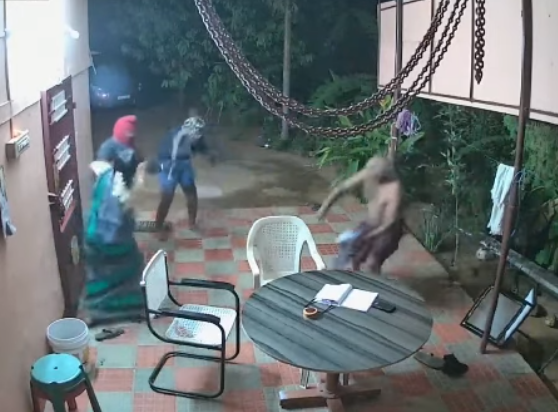 Thrilled to have chased the thieves away,  Senthamarai said, “I knew we had to fight back and when we did, the intruders actually got scared. One of them hurt my hand with the sickle and in that gap, managed to steal my gold thaali. But my husband is unhurt and I am happy we chased the intruders away,” she adds. 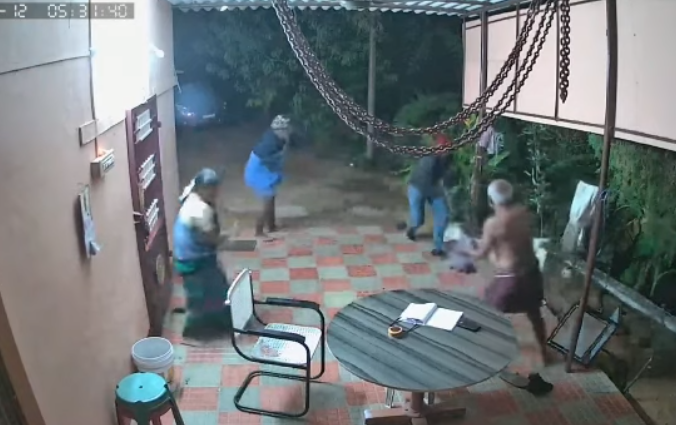 While the local police have filed an FIR, the accused are yet to be identified and arrested.

With the goons armed with weapons for the attack, most of us would have given up without a fight. But the elderly were determined to save each other and their property.

They are the kind of power couple we really need! Don’t you agree?