It’s been just two days that the country celebrated Children’s Day. The day also marked the birth anniversary of India’s first Prime Minister, Jawaharlal Nehru. To honour the day, search engine giant Google featured a doodle on Google India’s homepage. The doodle was a hand coloured image of ‘walking trees’. But do you know who made the doodle? Well, it’s this 2nd grader from Gurugram.

Divyanshi Singhal, a 7-year-old from Gurugram was the National winner of ‘Doodle for Google contest’, reports ET.

Haryana: A 7-yr-old class 2 student, Divyanshi Singhal from Gurugram has won 2019 Doodle for Google competition in India. She doodled her hope to have 'walking trees' in the future. The competition received submissions from over 1 lakh children from classes 1-10. pic.twitter.com/24BPGW3eoz

This year’s Google doodle contest saw submissions from over 1.1 lakh children from classes 1 to 10 from over 50 cities across the country. The theme for the year was ‘When I grow up, I hope …’. Divyanshi was rewarded for her creative insight and inspiring Doodle titled “The Walking Tree.” The winning doodle was then featured on Google India’s homepage on November 14. 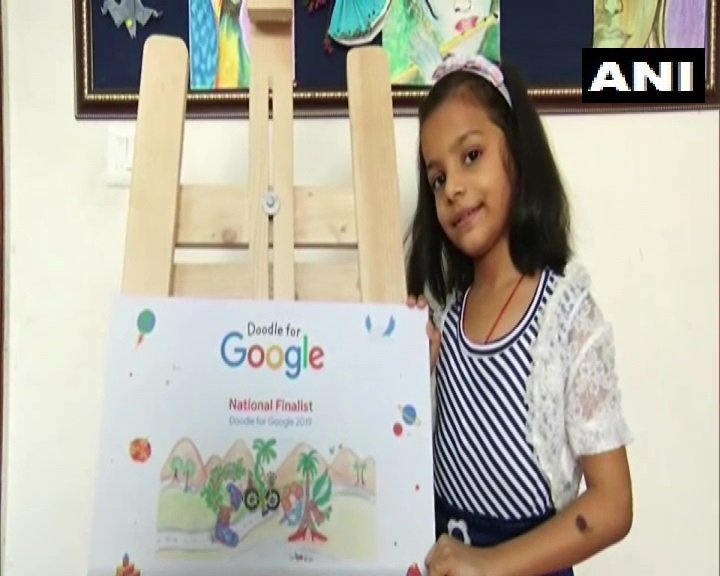 Sharing her inspiration behind ‘The Walking Tree’ doodle, she said to Google, “When I grow up, I hope the world’s trees can walk or fly. The land could be cleared so easily without making them die. There would be so little deforestation and humans can just ask the trees and their friends to move to another place.”

"When I grow up, I hope the world’s trees can walk or fly. The land could be cleared without making them die,” says Divyanshi Singhal, winner of the 2019 #DoodleforGoogle contest in India.

On being asked how she came up with the idea, she explained:

“When I visited my grandmother, I was so sad to see the trees around her house being cut. So I thought that if trees could walk or fly, we will not have to cut them.”

The 20 doodle finalists were selected by a team of experts including Rajiv Chilaka, creator of Chhota Bheem, YouTuber Prajakta Koli and artist Neha Sharma of Neha’s Doodles along with a team from Google, sources revealed. The doodles were then showcased online for public voting. Along with the winning doodle, five other winners were picked and their doodles were featured on Google’s website.

Here are the other five winners:

A 7-year-old was able to identify deforestation as a national crisis and came up with creative art to express her dismay and also dreamed up a solution. People in the country need to learn a lot from this little girl!