Everyone would agree that parenting isn’t a leisurely walk in the park. It tests all your qualities with every passing second. And all the pain is for what? So that the kids grow into good human beings and have a secure future, right?

But sometimes we witness parents wholeheartedly supporting their kids and it’s the ultimate parenting goals! This is what this ‘cheer dad’ is doing in this video. Supporting his daughter in the thing she loves the most. 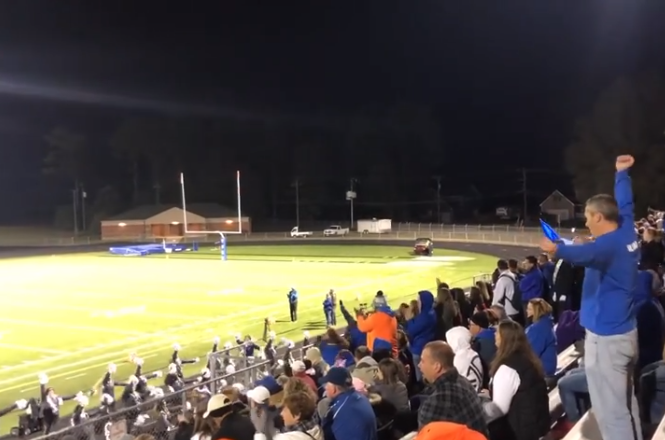 In the video that is doing rounds on the internet, a man is seen executing cheerleading moves in the stands during a football match. Apparently, the man (Hekili Holland) is the father of one of the cheerleaders performing during an interschool football match, reports FOX5.

A spectator named Scott Willard (whose son also attends the same school located in Yorktown, Virginia) was watching the football game. He caught the cheering on video and shared it in a post. “This guy right here needs to go viral. By far CHEER DAD OF THE YEAR!!!!!! This dude rocks!!!! GO YORK FALCONS!!!!”

The video that has been viewed more than 3 million times is being loved by one and all. People on the internet can’t stop gushing over the excited ‘cheerleading’ father supporting his daughter and want their fathers to be like him.

Well, that’s kinda liberating to watch a cheering dad encouraging his daughter to live her dreams. Isn’t he the cutest?