Your resume is the first thing that an employer will read which will give them a solid about you. A resume has the power to impress and influence hirers – more like a first impression, and it has to be strong and to the point. But, it takes time to build a strong CV and you have to start somewhere.

For example, Bill Gates wasn’t ‘Bill Gates’ 48 years ago and his resume looked like that of any other software engineer looking for a job opportunity. The co-founder of Microsoft and one of the wealthiest people in the world took to LinkedIn to share his resume from back then.

“Whether you’re a recent grad or a college dropout, I’m sure your resume looks a lot better than mine did 48 years ago,” he wrote.

According to his resume, during his first year at Harvard University, Bill Gates was looking to work as a Systems Analyst or a Systems Programmer. He mentioned that he had received straight ‘A’s in all his subjects, including Computer Graphics and Data Base Management.

Gates further described his ‘work experience’ as a systems programmer with TRW Systems Group in 1973. In 1972, he worked as a co-leader and co-partner on contract at the Lakeside School in Seattle.

Have a look at his full resume here: 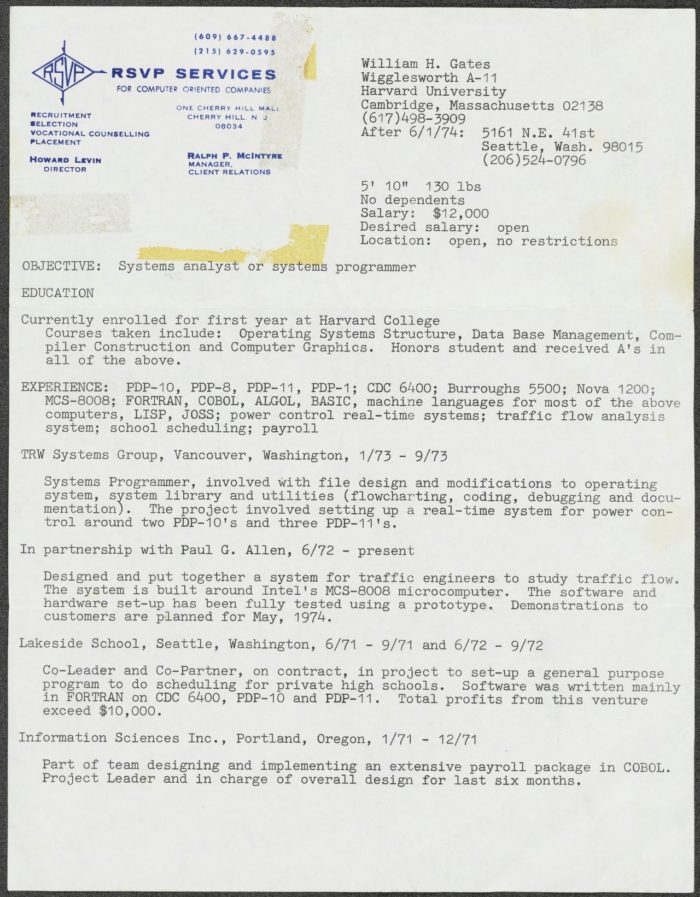 Here’s what he posted on LinkedIn which inspired the hearts and minds of many:

While some were surprised at how even Bill Gates started from scratch, others highlighted how compact the CV was, hitting just the right points – a lesson 101 on how to perfectly write a resume. 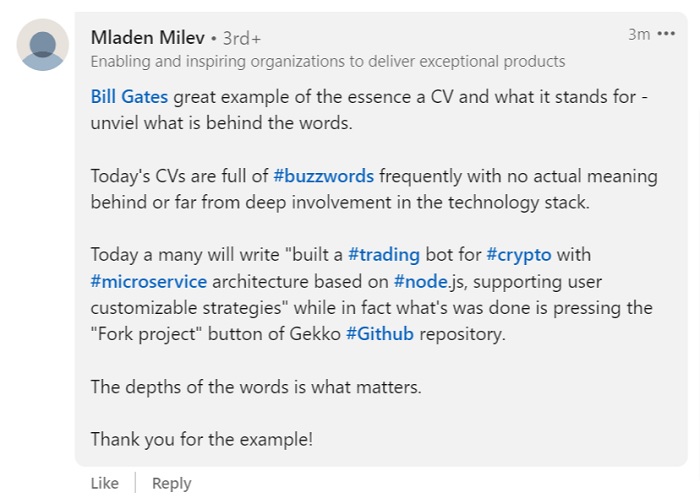 If you ever feel embarrassed by your resume and feel like there’s nothing much to add, fret not. Because even the brightest minds in the world today might have felt the same way, but they sent their resumes anyway. And look where they are now!