Home Food For Thought From Akshay Kumar To Sonam Kapoor, B-Town Demands Justice For 3 YO...

Spine-chilling crimes against kids seem to see no end in the country.. From the rape of an 8-year-old Kathua girl to the murder of a 7-year-old Gurugram boy in school, gruesome cases of assault and murder of innocent kids keep coming to light in the country with a disturbing frequency.

To add to the list of such heinous crimes, a 3-year-old girl in Aligarh was allegedly strangled to death after her parents failed to repay a loan of Rs 10000. The minor went missing on May 31, reports TOI.

Her mutilated body was discovered from a dumping ground near her home on June 2 after a pack of dogs was spotted carrying flesh and body parts that appeared to be human. The toddler’s body was found in a partially decomposed state with her eyes gouged out. 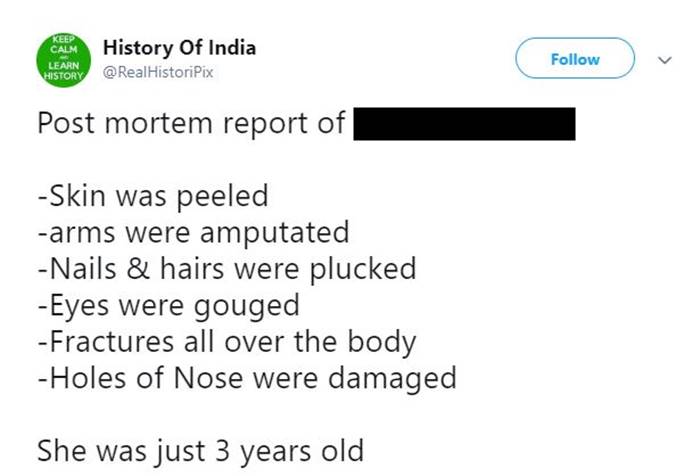 Police have arrested the accused who have confessed to the crime. However, turns out some out of them are the girl’s neighbors! The brutal nature of the crime has shaken the nation to the core causing an outrage! People from all walks of life are coming forward to express their rage and offer condolences to the grieving and helpless parents who have lost their kid.

Bollywood celebs too have stepped forward to demand justice for the girl. From Abhishek Bachchan to Sunny Leone, celebs have condemned the brutal incident on Twitter. 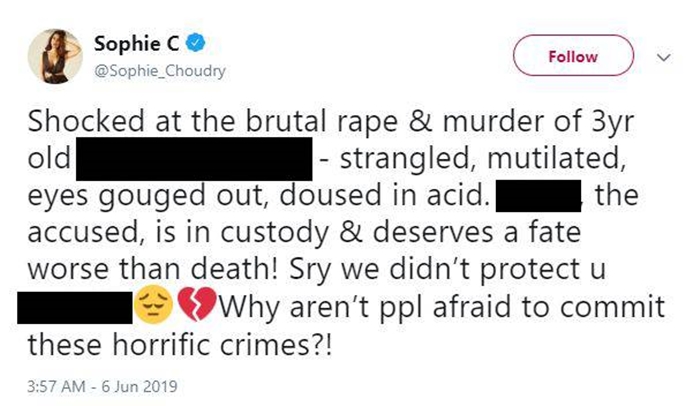 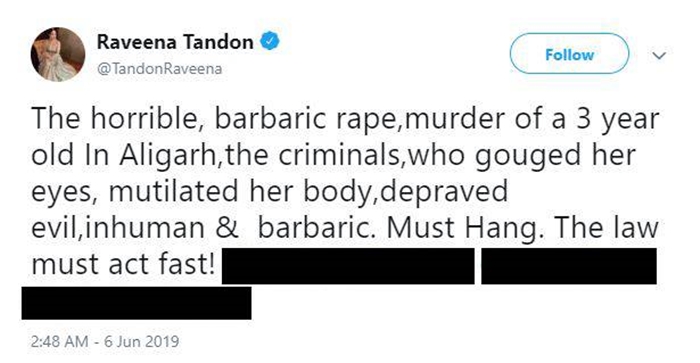 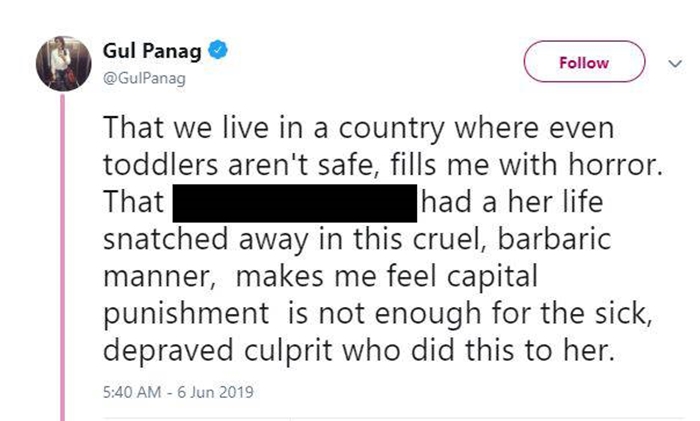 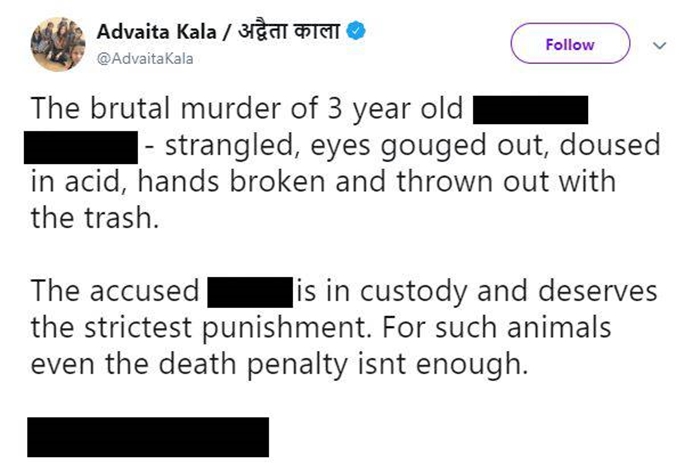 Furious outbursts on social media and candle marches are hardly making any difference in the number of such crimes each year. We need a lasting solution. Are you listening, government?