Home Entertainment Twinkle And Daughter Nitara Made The Most Adorable B’day Video For Akshay...

Twinkle Khanna and Akshay Kumar have been the power couple of Bollywood since forever. And while I am a die-hard fan of Akshay’s makes-me-weak-in-the-knees smile, his charm, and unmatched personality…I JUST can’t stop fangirling over Twinkle Khanna!

From writing her better half’s speech to single-handedly taking on trolls, there isn’t anything that Mrs. Funnybones cannot do!

And now when Akshay Kumar celebrates his 50th birthday, Twinkle is obviously the one who is cheering for him the loudest.

And joining Twinkle is their adorable daughter, Nitara. Twinkle posted a really beautiful video of Nitara asking daddy to make faces and look at how a doting father, Akshay, obeys everything his little princess says! 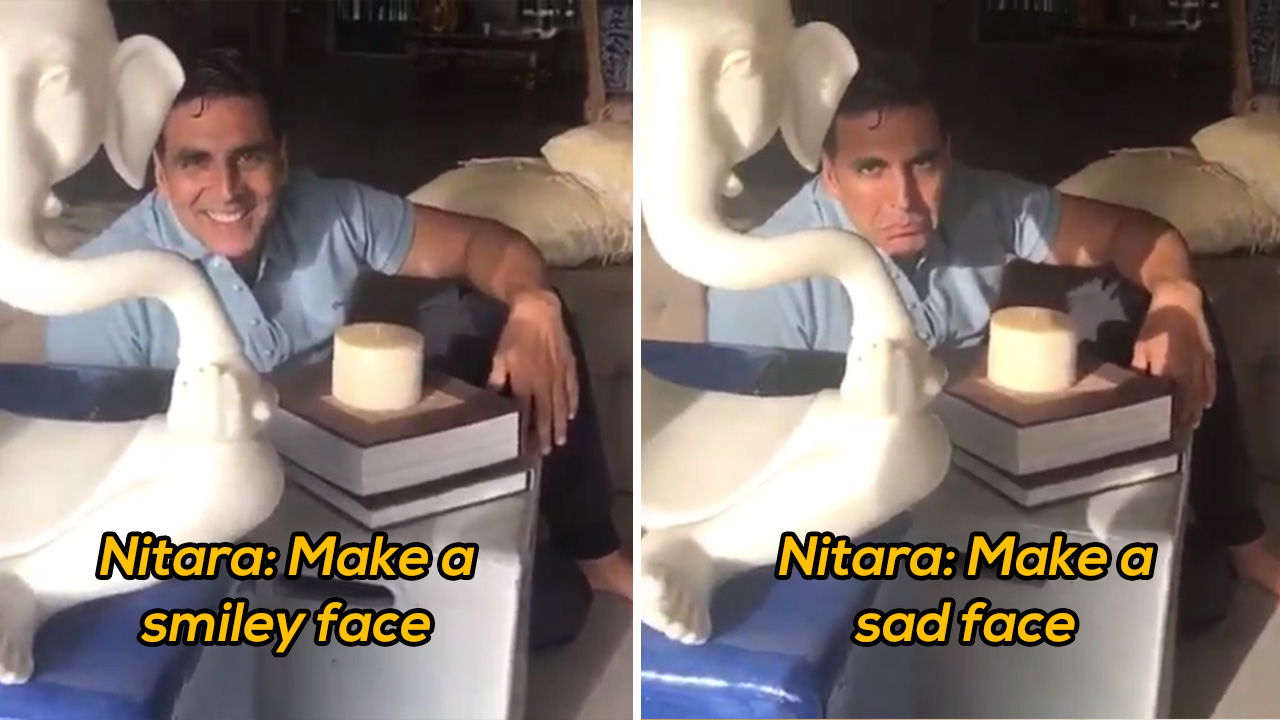 You can watch and gush over the entire video here and don’t miss Twinkle’s caption!

Happy birthday to my best friend,kindest man in the world, a great dad with the best'dancey face'& jeez all that hotness on top of it all:) pic.twitter.com/uRIe2nEvU0

What a perfect family!

Happy 50th Akshay! BTW, here’s one question. How are you getting younger each day?