Home Relationships Pilot Pops The Question To His Girlfriend Mid-Air & It Is The...

In fact, it’s gone beyond the limits of the land. People are ideating weird ways to ‘pop the question’ to their partners. Some choose a romantic hot air balloon ride, others (as in this case) choose to propose at 5000 feet in the sky.

David Singhas, a pilot proposed to Liz Connor mid-air above Raleigh, North Carolina. According to The Daily Mail, the 25-year-old flight instructor David pranked his girlfriend on her first ever flight in a small plane by telling her they would have to crash land.

That’s not all! He had his girlfriend be the co-pilot, while her best friend rode in the back with a good friend of his. All a part and parcel of the fake emergency!

The footage of this aeroplane marriage proposal spread like wildfire on social media and it is as crazy as it sounds.

David asks his girlfriend to read out instructions, while the passengers say they feel ‘funny’ and that there is a problem with the engine. 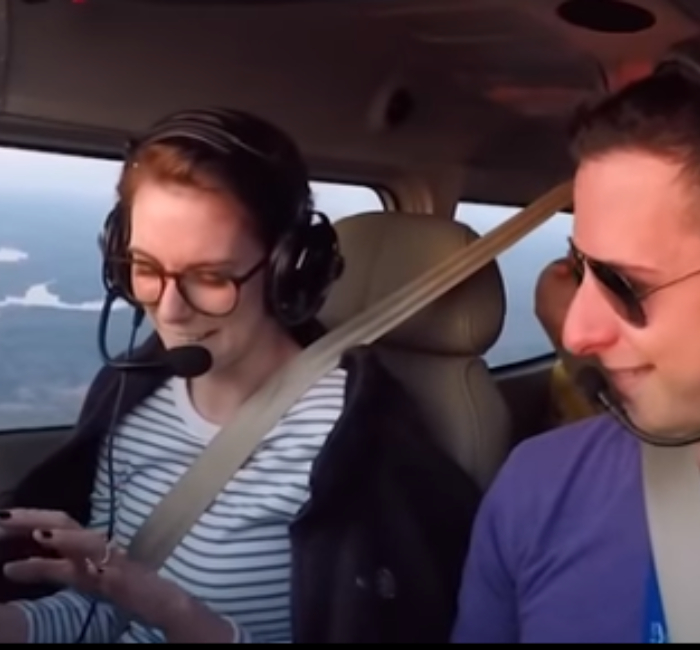 Liz reads on the instructions manual, “Pilot in command loves co-pilot forever. Will you marry pilot in command?” It is when David gets out a white box containing the wedding ring leaving Liz teary-eyed.

She said yes!!! I love you so much Liz! Can’t wait to live a full, long, happy life with you! #TeamDaLiz

Women don’t always want expensive rings and lavish wedding, a romantic and unusual proposal like this also does the trick!