We all have been members of WhatsApp groups where annoying messages just keep on coming in for no reason. Starting from the ‘Good Morning’ inspirational messages to cringeworthy viral videos, some days you just wake up to 347 messages!

Sure, one can exit such groups, but what if they are super important ones like that with your boss and colleagues? However, one man named Sir Michael on Twitter had the best (and the worst) solution to stop ‘substandard’ posts once and for all.

Micheal was made the admin for one of the groups on WhatsApp after the previous admin said he wanted a ‘digital detox’ and was off for a vacation. He was then on to making some serious changes in the group. 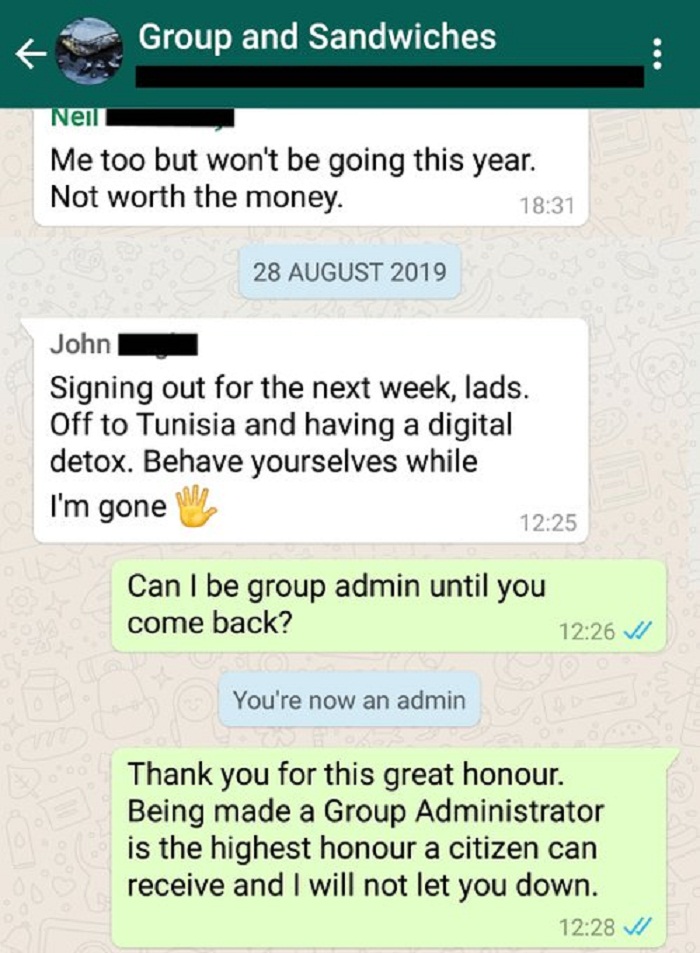 Claiming that he had been monitoring the “quality” of posts in the group, he let everyone know that he would be grading each and every message on 9. Anyone who earned less than 5/9 would be removed from the group!

Everyone thought he was joking, but then this happened…

And then, he took his role of Group Admin to a whole new authoritarian level – basically started removing everyone who questioned him!

And then when the previous admin came back and confronted him, Micheal said that his intention was just to “improve the standard of posts”! 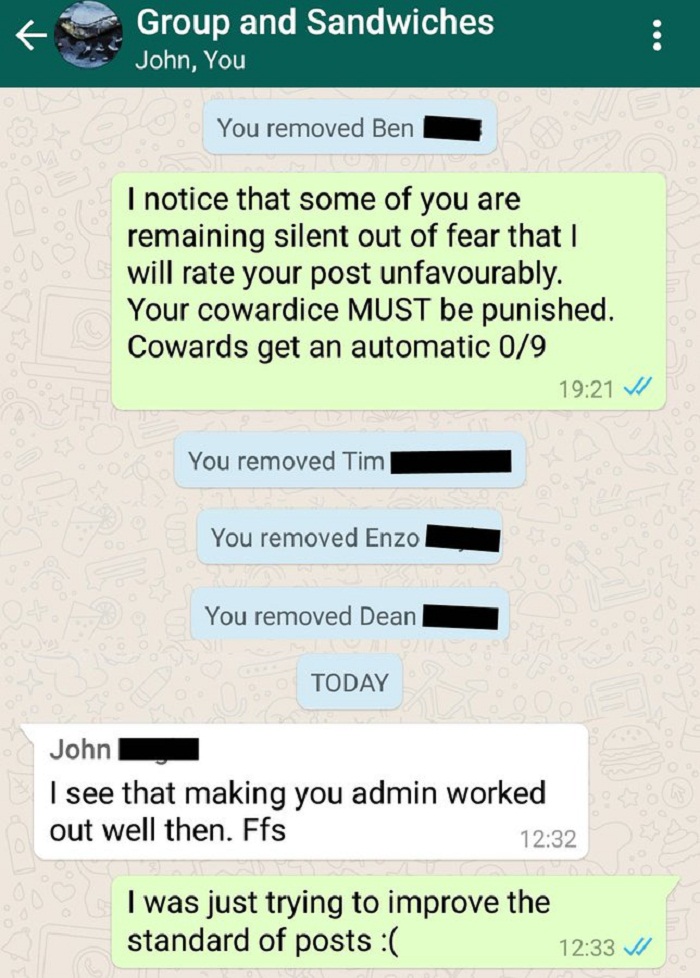 Was placed in charge of the group chat this week and I think I handled it pretty well pic.twitter.com/n67LUOaTBy

And soon, Twitterati became a fan!

You should be given a head of state

I’m saddened by the lack of sandwich based posts in that group chat. 2/9 rating.

Mahatma Gandhi said “Be the change that you wish to see in the world.” So start chatting about sandwiches, Michael.

BTW, I had a grilled Swiss cheese sandwich with tomato and garlic. It was yummy.

In fairness, I may invite you into every DM room I've ever been in. This approach would improve every one of them.

Rofl. I love the post rating system. What rating do I give to the unstoppable morons who posts pics of cups and flowers wirh a huge good morning plastered on it, everyday?

This is fucking brilliant

You gave me a much needed laugh after a SHIT day..
Genuinely, thanks for just being funny! pic.twitter.com/7lgXbqb7bW