Crazy Man Jumps From 11th Floor Of A Cruise To Make Viral Video, Gets Banned For Life

In today’s world driven by technology, the tremendous power of social media makes us believe that ‘nothing is impossible’. From making you viral overnight to staging a protest across the country, social platforms have come as a boon to us laymen. But there are always two sides of a coin. Isn’t it?

While social media has helped us more than a solitary way, it has also taken us away from reality. And probably that’s the reason why we tend to make a moment in order to satisfy our Instagram stories rather than enjoying it live.

This brings us to Nikolay Naydev, a 27-year-old man who did the extreme in a bid to earn fame online.

Naydev, who hails from Washington, jumped straight into the water from the 11th floor of a Royal Caribbean cruise ship docked in Nassau, Bahamas. In a video that is going viral, the man can be seen pulling off the risky stunt, while his friends went on cheering for him during the jump. 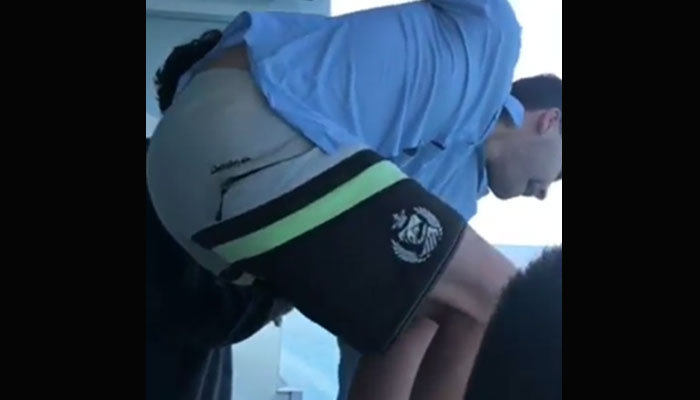 Naydev was not allowed to board the ship after his act and was asked to find his way home on his own. He has also been banned by the Royal Caribbean from sailing with them again. According to Fox News, the manager of Royal Caribbean’s corporate communications said, 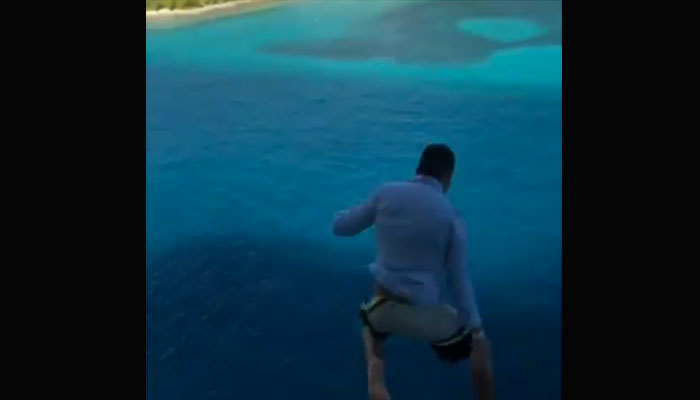 “This was stupid and reckless behavior and he and his companions have been banned from ever sailing with us again.”

Confirming his intentions, a friend of Naydev confirmed that they decided to go ahead with the stunt in order to make a viral video.

“He’s jumped from those kinds of heights before, and we didn’t really care about the consequences with the cruise company. We just wanted to get a video of it and make it go viral.”

Taking to Instagram later, Naydev confirmed that he suffered injuries in his neck and tailbone because of the jump, which lasted for three days. However, he is okay now.

While Naydev aimed at being a hit on social media, his stunt massively backfired with people lashing out at him for his foolishness. Here are some examples:

“This guy thinks this stunt is going to bring him some sort of legendary status on the internet…WRONG! It does prove what a complete moron you are.”
“Congratulations, you made the news and Royal Caribbean banned you for life…Brave stuff glad you survived.”
“With Aaron, a fellow performer, whom just passed away from falling 7 decks lower than you-you’re so lucky to even be alive.”

Royal Caribbean is planning to take legal action against the group.

What an absolutely stupid act! While doing something extraordinary to go viral is one thing, losing your brains in the process is another.