Here’s Why The Youth Gathering To Sing ‘Bol Na Aunty Aun Kya’ Is The WORST Idea Ever!

The Internet is home to a lot of viral and at-the-verge-of-going viral stuff that millennials fondly call ‘pop sensation’. Be it the trending hashtags or the tagging trade that pushes the contenders the extra mile, into the mainstream, the meme business is flourishing now more than ever!

And hey, we bring you all of that. We bring you the ones where you can at-the-rate your friend and have a good laugh, while you surf the malicious lanes of the inter-web. We do try to make it worth your while. In fact, I remember meeting on several occasions to discuss youth anthems like ‘Selfie Maine Leli Aaj’ by Internet sensation, Dhinchak Pooja. But guys, where do we draw the line? If you haven’t given it that a thought, it’s about time you did.

In case you were even a little attentive, you’d have noticed an annoying piece of sh*t, a certain Omprakash Mishra, screaming his lungs out to ‘rap’ words that initially sounded like, 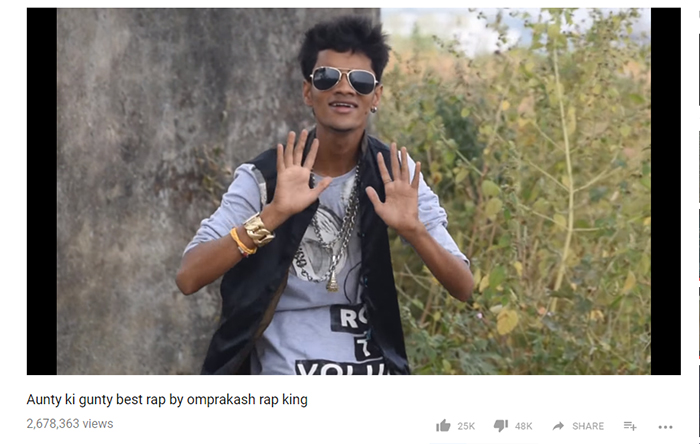 Imagine my horror when it sounded the same after the kind people on the Internet played it over a thousand times on social media, in my timeline (I know, you know the feel).

While I ignored my irk earlier and channelled it into things that needed dire attention, I have to admit, I underestimated how catchy and addictive cringe-pop can be! And now, after 2,678,363 views (and counting), we have only us to blame! Why you ask?

Because a bunch of us, got together at Connaught Place in Delhi recently to scream, no points for guessing, ‘BOL NA AUNTY AAUN KYA, GHANTI MAIN BAJAUN KYA?’ It was the brainchild of an event that made this happen. 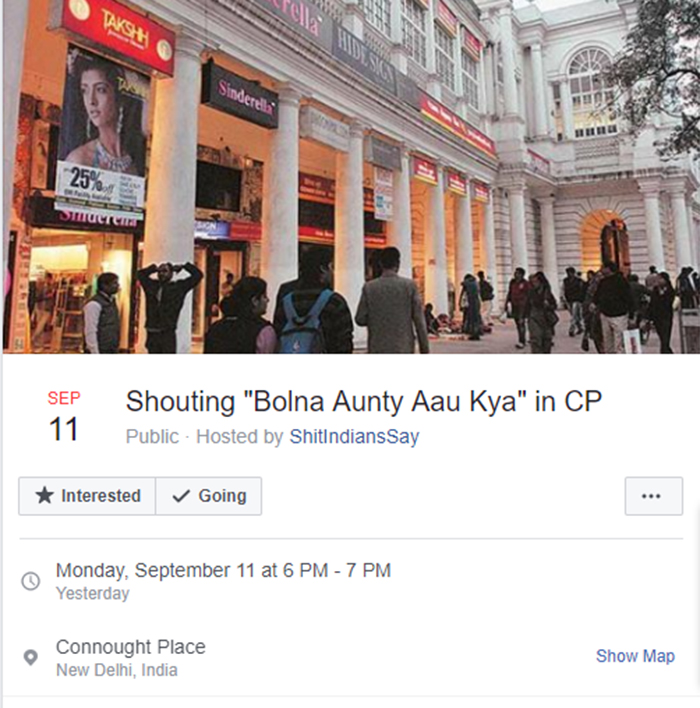 If you don’t believe me, watch this video to know more about the impending danger.

The danger that this is how we, the ‘Gen Y’ is normalising violence and abuse against women, as a part of our merriment.

Like that wasn’t enough, another FB page has gone ahead and has invited people to do the same, to sing sleazy songs, this time at the Marine Drive in Mumbai.

Just FYI, over 3.4K people are ‘Going’ and around 13K are ‘Interested’. An event which invites people to sing a song, that roughly translates to ‘Should I come over and ring your bell, aunty?’

I won’t go further explaining the song but I have to ask; where did it go out of our hands, guys? I’m sorry but how did we get this dumb? I don’t care if I sound like a 50-year-old buzzkill but when and where did we equate fun/frolic with distasteful junk. Where do the definitions of feminism and women empowerment end in this country? WHAT THE ACTUAL FUCK?

There are a lot of questions but everything runs concentrically to the fact that in desperation to catch up on ‘What’s cool’ we have reduced humour to innuendos that are not only insulting but disgusting! And this is why we won’t join the ‘Bol Na Aunty Aaun Kya’ ‘movement’ that people are ready to rally for!

But before concluding, we hope, for the sake of sanity, that you are on our side of the argument. Until next time.