YouTubers Lie About Getting Scammed In India, Get Caught In Their Own Video

Time and again we have seen people trying to do bizarre things just to attract more ‘likes’ on social media. There have been girls twerking on top of a moving car, a man jumping from the 11th floor of a cruise to make a viral video, and uncountable others who did completely unnecessary things for momentary social media fame.

And so did this duo. YouTuber Harald Baldr posted a video titled “India Bus Chaos Jaipur” in his channel talking about his visit to Jaipur and how he and his friend were “scammed” by Indians.

Baldr talks about how they bought 3 pairs of ridiculously cheap socks wondering how Indians make a profit. The other guy had an answer.

He goes on to show how one sock is missing from a pair, and that they have been “sock-scammed”.

“What a tedious trick!”, adds Baldr.

The dude (who btw has his own YouTube channel ‘Bald and Bankrupt‘) actually hides one sock under his butt to claim that he’s been scammed in India. Funnily, his act of hiding gets caught in his own video!

He takes one sock out and hides it quickly under his butt. 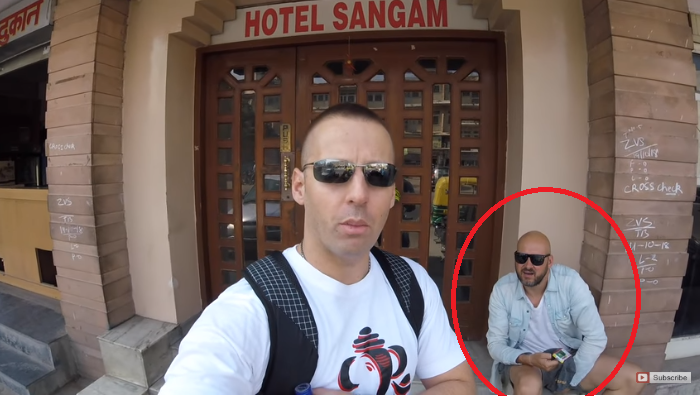 Adjusts the sock to hide any traces. 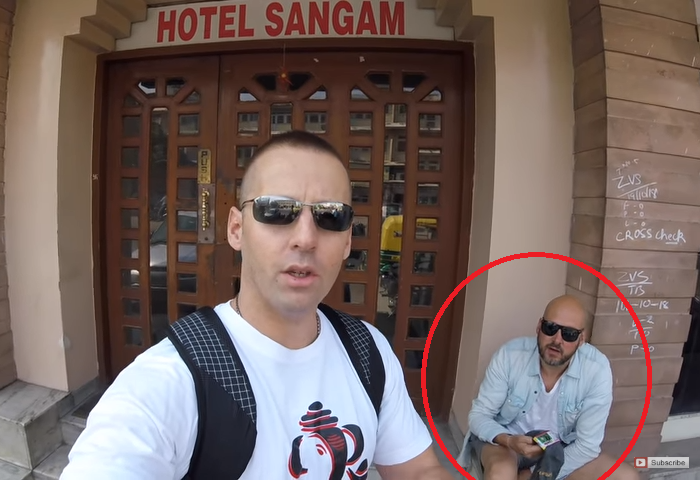 It wasn’t that difficult for people to spot the act and they went on to slam the two YouTubers for such a shameful and dishonest claim:

It’s shocking how people would go to such lengths to defame a country just for a few extra hits and ‘likes’. And it’s also kinda hilarious how they were exposed in their own video!

That’s how Karma strikes back!