Thanks to the phenomenon that was ‘Rasode mein kaun tha’, everyone is now familiar with music producer Yashraj Mukhate and his signature style of combining dialogues with beats. According to The Indian Express, he has now skillfully fused Bigg Boss 13 contestant Shehnaaz Gill’s words with Shah Rukh Khan’s ‘Pairon Mein Bandhan Hai’ dhol beats from the movie ‘Mohabbatein’.

He captioned the video saying, “@shehnaazgill can speak Punjabi in any language, there is bhangra is whatever she says, how could I miss this one.”

The video garnered over 1.7 million views on Instagram and then a user named @oyeankit made a fan edit using Deepika Padukone’s song ‘Ghoomar’ from the movie ‘Padmaavat’.

Shehnaaz herself praised the video and so did others who said that it was now stuck in their heads! 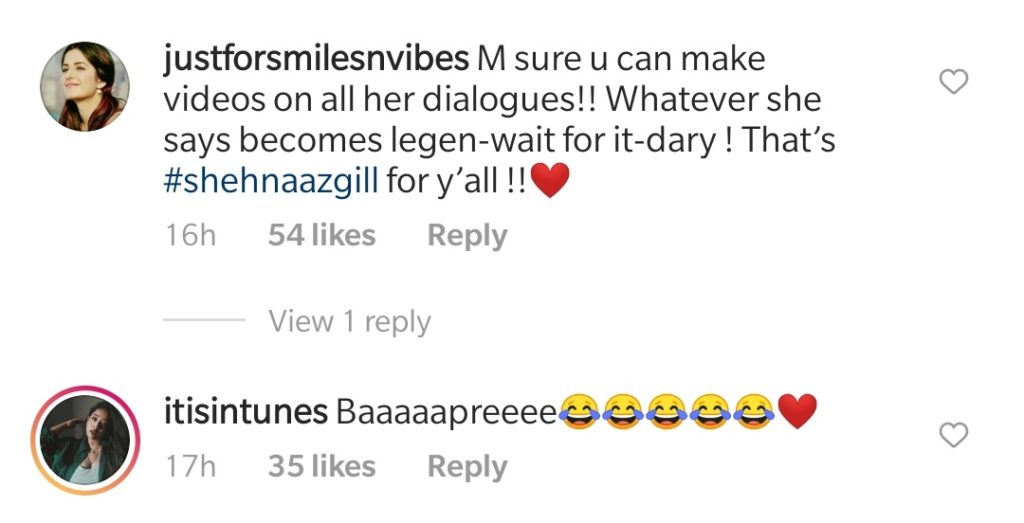 Which one do you like better – Biggini shoot or Tommy feelings?