It seems the owner, Marco Marsala, created the post as a hoax, a cheap marketing tactic to promote his small business, the moderators at the technology advice forum Server Fault confirmed. The parent site, Stack Overflow, said in a statement that “The moderators were not particularly amused by this stunt.”

While Marco told the newspaper that ran the news report that “It was just a joke,” the moderators at Server Fault posted the following message yesterday:

It turns out the the recent question regarding the misuse of rm -rf in Ansible was actually just a hoax in some kind of viral marketing effort. It become quite famous on various media and gathered a large number of views.
Since I don’t think we should allow ServerFault to be abused in such way, I deleted the question once I learned about the hoax.

Marco Marsala, a hosting services provider based out of London typed in a code that he originally intended to clear out issues, but which led to deleting everything in the servers.

Marco was running a maintenance script on the servers of his company when he executed a piece of code. This code was meant to be automated so that certain irregularities could be ironed out. But because of a small error, the automation script failed to catch the irregularities, and hence wiped the entire system.

The rogue code is known as a ‘bash’ code in programming language, and it is designed to delete stuff 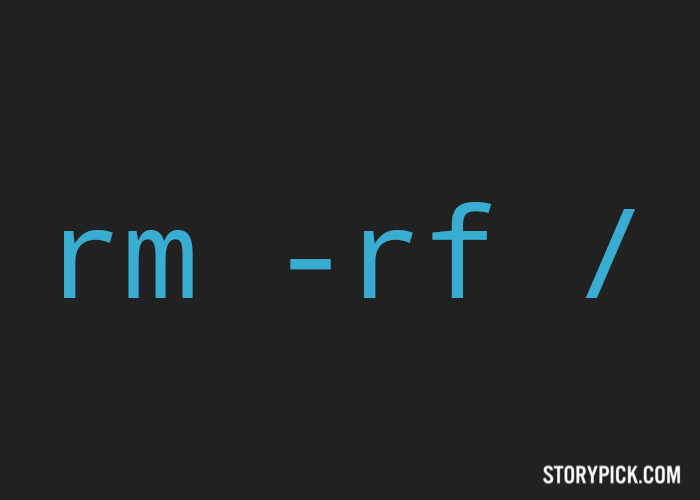 Consider you want to delete two folders named x and y. For that, you will have to type in the code like: rm -rf x/y
Here ‘rm’ deletes folders and the ‘f’ means ‘force.’ By using the force option, the system will not ask you or other users for any input, and will bypass all securities to delete whatever it is told to. In Marco’s case, the x and y conditions failed to get caught, and hence the system understood it as ‘delete everything.’

Marco posted for help on a server experts forum, but experienced users confirmed that the inevitable has occurred

Marco said that the backup servers were also wiped clean because the command was running on it. Marco asked users to help him recover from the fault in a timely manner on a forum called Server Fault. One person had no option but to promptly reply, “I feel sorry to say that your company is now essentially dead.” Another said, “You’re going out of business. You don’t need technical advice, you need to call your lawyer.”

Guess attention to detail should come bundled in your career as a coder.
¯\_(ツ)_/¯

All images used for representational purposes

Kartik Aaryan Bakes A Cake For His Sister’s Birthday, But It...