People diagnosed with cerebral palsy have difficulty in movement and keeping their balance. It is also one of the most common illnesses to happen to children. Hence, it is not just difficult for the one suffering from it but also for people around them. People need to have a lot of patience when it comes to dealing with children with cerebral palsy.

Hence, when a 14-year-old wrestler with cerebral palsy pins his opponent in a match, it is not just him who won praises. His opponent also deserved a round of applause for dealing the situation with patience and kindness.

According to a report by The Indian Express, a video of a wrestling match between a boy with cerebral palsy named Lucas Lacina and his opponent, Austin Scranton, has been going viral on the internet and getting people emotional.

In a video of the match, Lucas can be seen losing his balance many times and struggling to tackle his opponent.

However, Austin dealt with him softly and helped Lucas off the mat towards the end.

Lucas’ mother took to Facebook to post a video of the match and praised the two boys. Here’s what she wrote:

“Lucas did great tonight, nerves and all. The young man he wrestled was from Anamosa and he was a top-notch wrestler. He had an amazing heart and he was patient and helped Lucas try to put to work the moves he has been practising all season. What I love the most though is the end when he helps Lucas off the mat where he is cheered on by his whole team. Sportsmanship and inclusion at its finest.”

Here’s the video of the match:

Lucas did great tonight, nerves and all. The young man he wrestled was from Anamosa and he was a top notch wrestler. …

People on the internet are overwhelmed by the kind of spirit shown by the two boys: 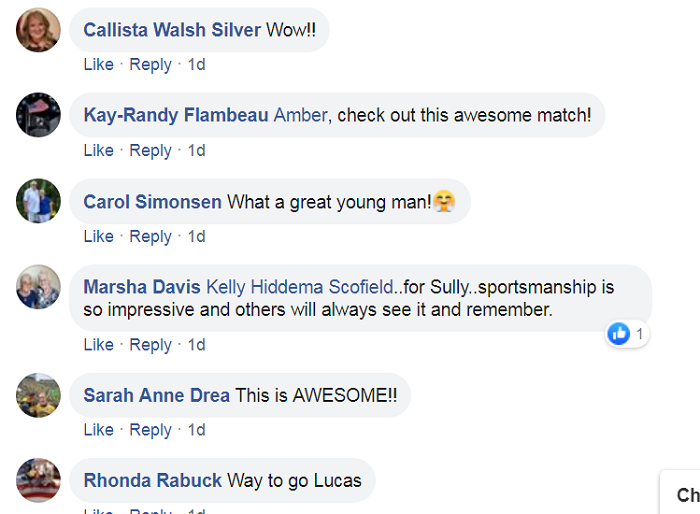 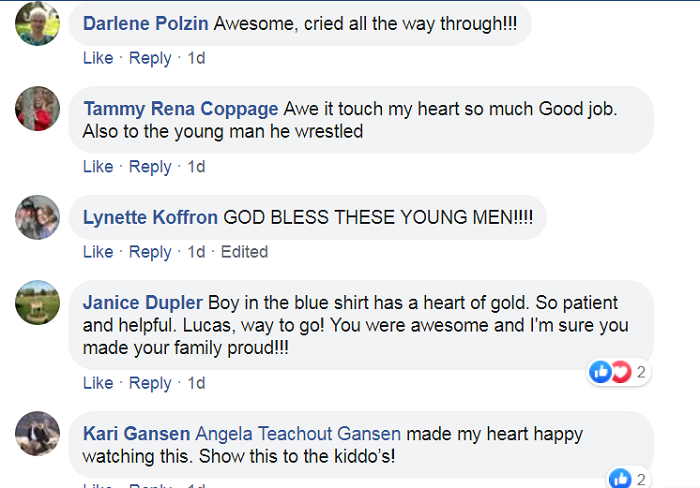 Kindness and compassion are more important than winning. That’s what these little boys have taught us today!