3 Women Discover They’re Dating The Same Man, So They Ditch Him & Go On Vacation Together!

Remember the movie ‘Ladies v/s Ricky Bahl’ where 3 women who were cheated by the same guy banded together? A similar real-life story has emerged of 3 other women from the United States. But instead of taking the guy down, they chose to join hands to travel across the country and embark on an unforgettable vacation.

This is the filmy story of Bekah King, Abi Roberts, and Morgan Tabor who realized they have something in common- they were all dating the same man at the same time. It all started when Abi got a text from one of the girls asking if she was dating the man, The Salt Lake Tribune reports.

As it turns out, they found that he was dating at least 6 women at the same time. Three of them decided to break up with him, and as a result, became close friends. After they discovered that they shared a love for travel, they set out to explore the western side of the country together, and created a separate Instagram page to highlight their trip. They also refurbished a 30-year-old school bus for their journey.

Abi explained, “I think sometimes, at face value, a lot of people think we’re just doing this out of spite [to our ex], but no. This is very authentically us following our dreams and taking opportunities and we’re excited about it.”

They say that they’re sharing their experience to inspire others who might be in the same situation. Morgan said, “Something we love to share with everyone, and especially girls who are maybe in a similar situation or going through something, is just to keep your head up. Keep going, you got this!” 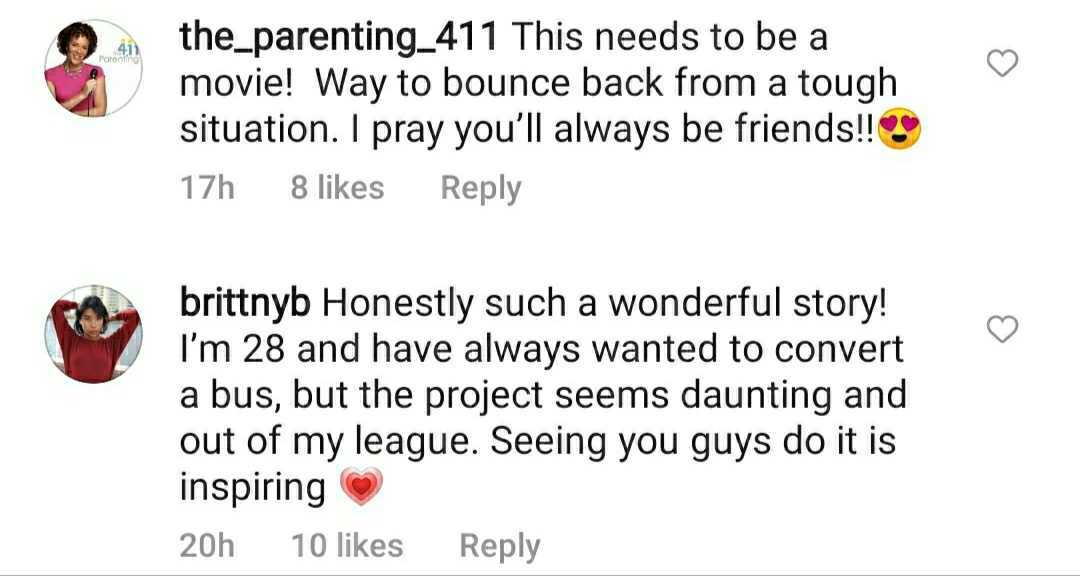 What do you think of their story? Tell us.