Home Food For Thought Woman Saves Snake Stuck In Beer Can Despite Being Scared Of The...

Animal rescue videos can be extremely heartwarming to watch and the internet is never short of them. To be honest, in a world where cruelty towards animals is a harsh reality, these videos restore our faith in humanity.

And in a similar video going viral, a woman can be seen putting her fears aside to rescue a snake!

The incident took place in Brooksville where a woman named Rosa Fond came across a struggling snake while driving across the road. The poor snake was desperate for help with its head stuck inside a beer can. 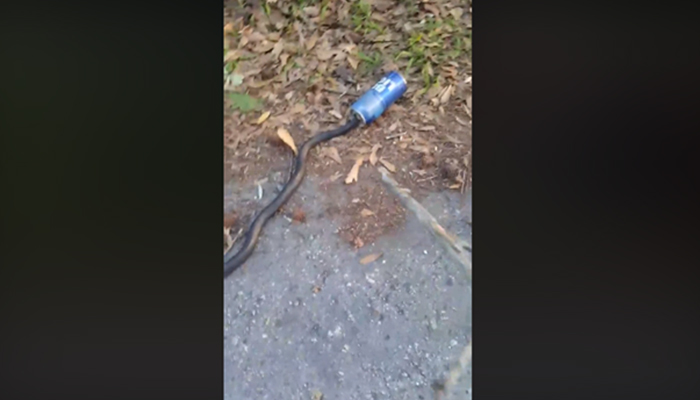 The snake was a black racer snake which is known for going after people!

Rosa, who runs an animal rescue center herself, realized that she had to step into the act immediately, in order to save the reptile. Despite being scared of snakes, Rosa got hold of a stick and tried to pull out the snake of the death hole. After a few minutes of struggle, the snake was finally freed! 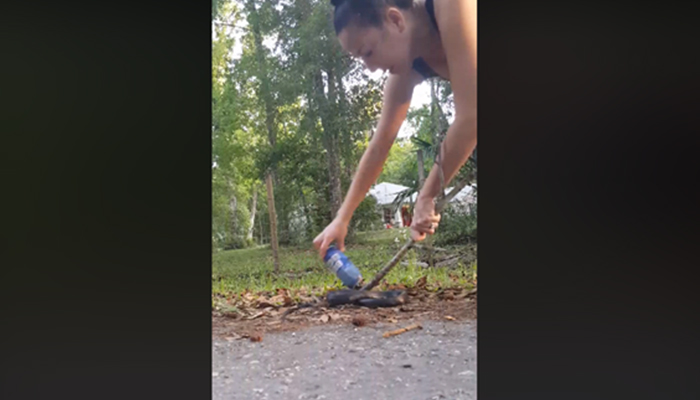 🐍 Ok.. this was the one rescue that I was never EVER expecting!!😂😂 I even had 2 little helpers by me😂 This snake got herself stuck inside a beer can! How on earth did I get the courage to do this I have no IDEA! She even wrapped herself on my arm twice!😂😂 it was a battle but I saved her. All for the sake of the animals..🤦‍♀️ She was enjoying her Bud light 🍺🍻Enjoy the show as it very entertaining 😂😂😂😂😂😂😂😂 I'm still freaking out and can't belief that I touched her!! Rescuing at its finest!😂😂🐍🐍🐍🐍🐍🐍🐍🐍🐍🐍🐍🐍🐍🐍🐍🐍🐍🐍🐍 P.S I did take the can away a bit after but didn't video it. I kinda had to wait a bit for the snake to calm down😂😂😂

Talking about her rescue to Channel 8, Rosa said,

“I couldn’t let her die. I know in this area, if someone gets a hold of that, they will probably torture the animal.”

Rosa Fond is the owner of a rescue center named Humans and Animals United Rescue. However, we would like to thank the woman for her incredible act of kindness.