Maharashtra Shocker: Woman Patient Dragged At A Govt Hospital Due To Unavailable Stretchers

The condition of state-run healthcare set-ups in India is not up for discussion anymore. Not unless the authorities wake up from their slumber and restore acceptable standards and facilitate basic amenities to keep them afloat. While medical negligence continues to be one of the major reasons for upheaval, it is dismaying that the cases that reflect the same are piling as we speak.

And unfortunately, today is one of those days. A woman with a fractured foot was dragged out of a govt hospital in Maharashtra’s Nanded city due to unavailability of stretchers, reports DNA. A video of the incident where two relatives can be seen dragging the patient out on a bed-sheet has now gone viral on social media sites and has exposed the lack of apathy.

It is reported that the woman was treated and was released after her leg was plastered. But since there were no stretchers, the relatives had to resort to a sheet to take her to the hospital gate.

But soon after the video got traction, the hospital administration claimed otherwise. They said that victim’s relatives were asked to wait for five minutes but they left without telling anyone. 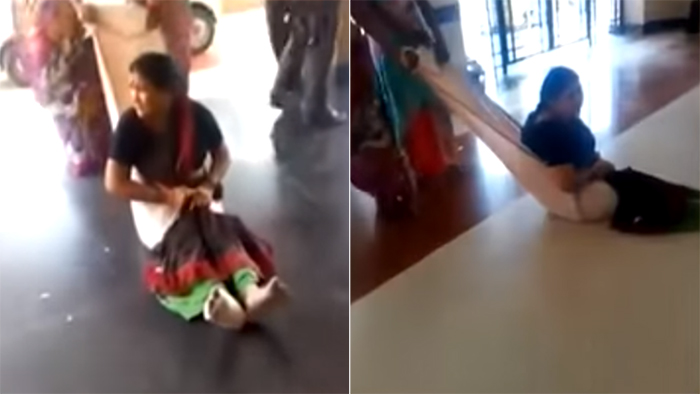 Apparently, the workers had gone to drop someone and it was that moment that the stretcher was unavailable.

However, a probe has been initiated and hospital superintendent, Chandrakant Mhaske has assured that action will be taken if anyone found responsible. Albeit, the question remains…How long before we are equipped?