Don’t we all feel scared that our belongings may get stolen or misplaced during a security check? Personally, I have a mini freak out session even time there’s a long crowd at a train station pushing me to go first. More than myself, I’m worried about not being able to locate my luggage.

However, this Chinese lady took it to the next level. From Dongguan, China’s Guangdong Province, she climbed into an X-ray machine at a train station, heels and everything, so that could keep a close eye on her bag. According to Daily Mail, the security staff was shocked to see the silhouette of a woman as they monitored the X-ray screens. As I’m sure they would be. After all, it’s not every day that you find a human inside a security check.

Images show that the female passenger was wearing heels, kneeling down on the conveyor belt behind her belongings as they went through the check. 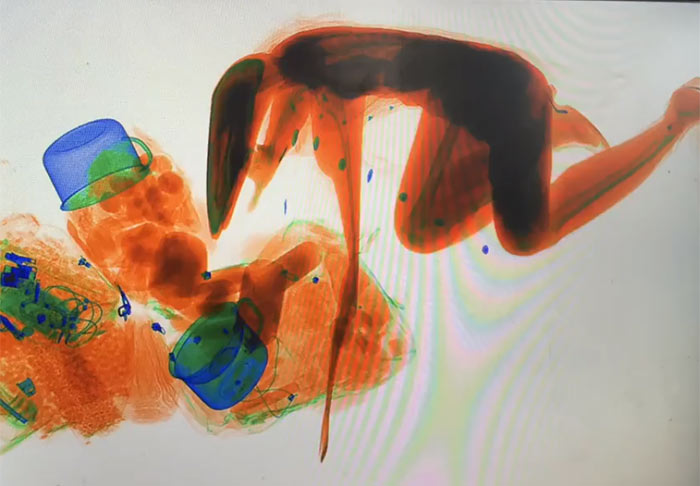 The footage also shows the woman climbing down from the X-ray machine afterward. She then checks her suitcase and handbag before leaving the checkpoint. 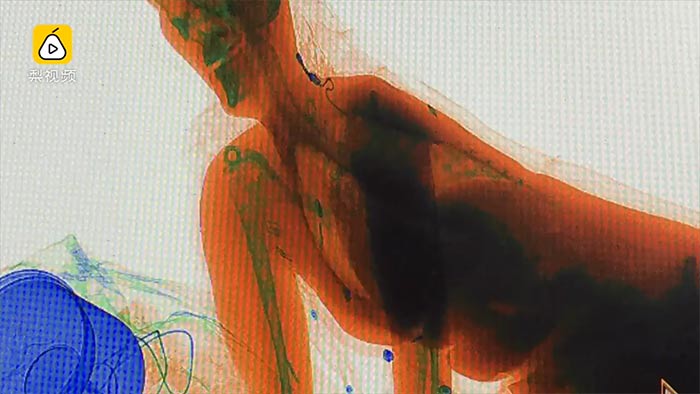 Meanwhile, the staff at the station has now advised people to not get into the X-ray machine for health reasons. The radiation given off by the scanners can be harmful.

A woman climbed into security inspection machine with her handbag, to prevent theft.

It’s still not known why the woman climbed into the X-ray machine. They still haven’t figured what was so special in her luggage or so prized that she had be right next to it the whole time.

Would you ever climb into an X-ray machine for your precious belongings? I know I wouldn’t. Crouching through a tunnel with things stuffed in, that’s a thing of my nightmares!