This Photo-series Titled, ‘The Witch Hunt’ Speaks On Behalf Of Every Woman With An Opinion

Society is a big fan of name-calling when it comes across anything that is beyond its comprehension. While the elderly stick to the age-old scepticism, the youth usually mobilises with slangs that they think will make them sound cool (cuss words that revolve around mothers and sisters).

Although the judgement is quick and easy (literally), the parameters to judge one, are mysterious in nature. Shouldering the responsibility, photographer Victoria Krundysheva has come up with a guide to spot a ‘witch’ in guise. That, coupled with powerful imagery that only goes to compliment the satire, her narrative tries to convey!

In a photo series titled, ‘The Witch Hunt’, the photographer is trying to show us a reflection we chose to ignore!

“We all know we live in a world full of evil. And how can we, righteous souls protect ourselves from the biggest of them – women with an opinion, or as we like to call them – witches.
How to spot a witch:

-Witch is often looking confident and not afraid of her sexuality, she will wear bright colours and attract attention. 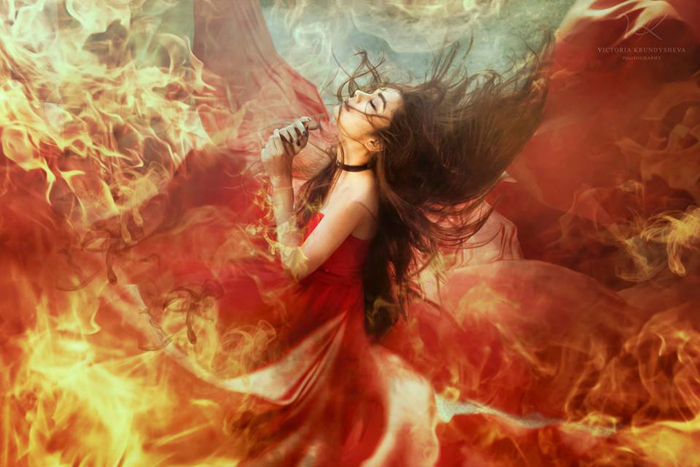 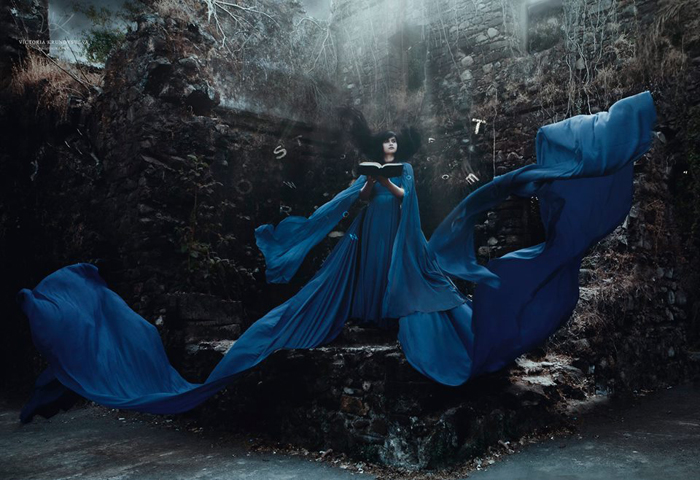 -They are peculiar and may not behave in a usual feminine fashion. The easiest way – throw something disgusting on them – if they are not afraid – you have found a witch. 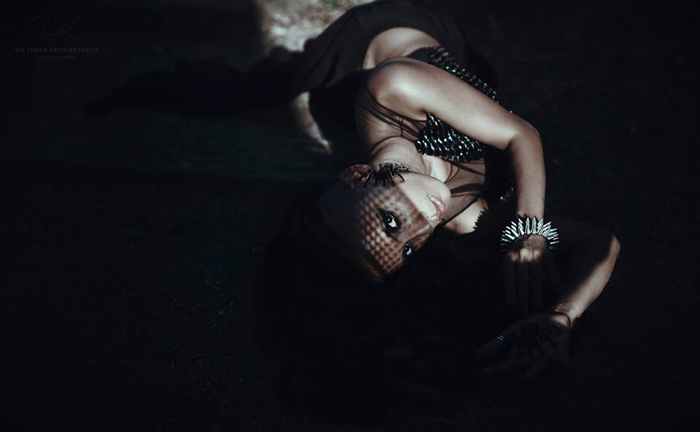 -Witches are often free minded and free spirited – these are the most dangerous kinds – they can’t be tamed and need to be instantly eradicated. 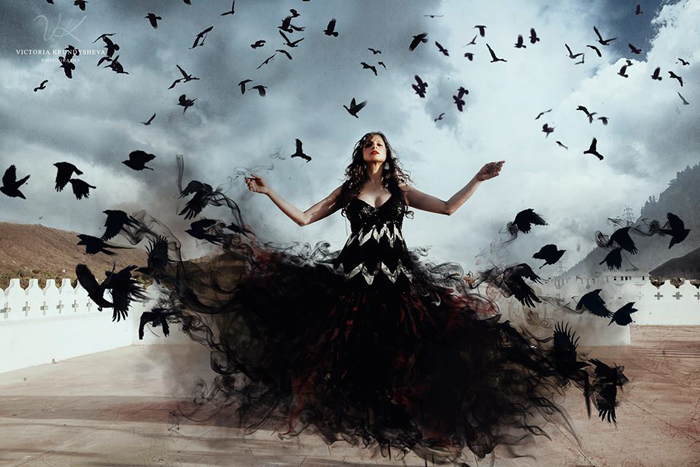 They voice their opinion out loud…like women can have one… 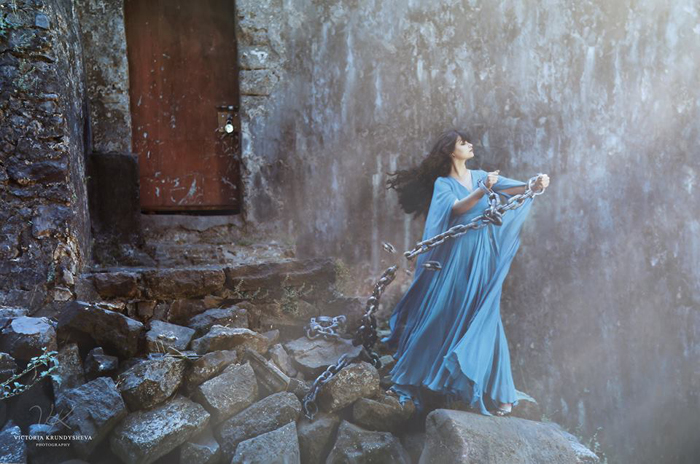 -They stick to each other and support each other…it’s easy to detect because we all know there is no such thing as female friendship. 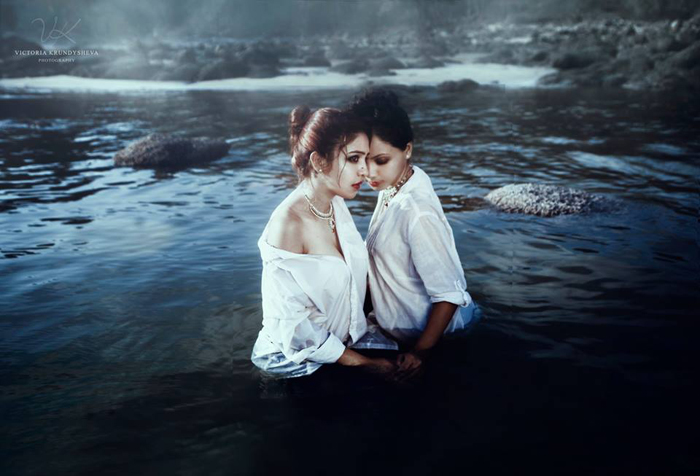 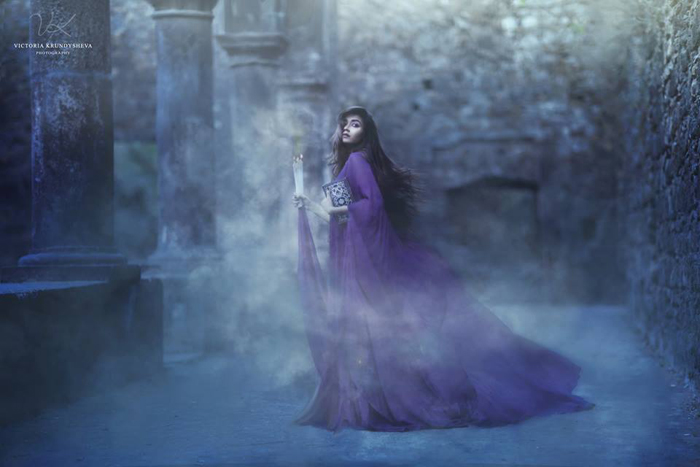 -They are not afraid of darkness and are readily facing fears – they think it makes them stronger…but that’s because they are evil themselves. 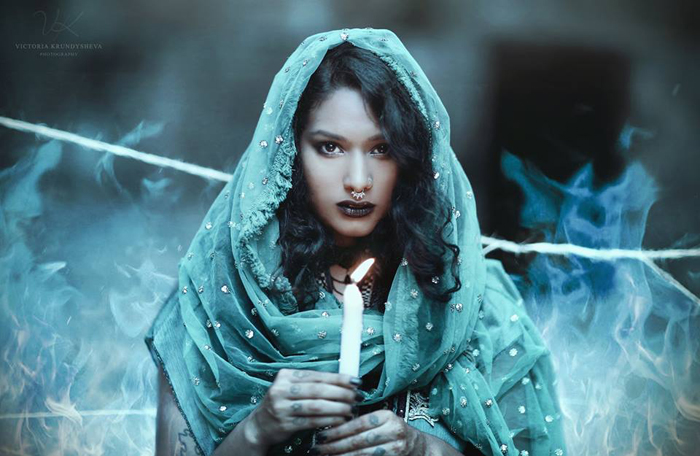 -You need to know – they don’t drown, so be on lookout for women who even after you threw them in the water and pushed them under are still emerging, stronger than before 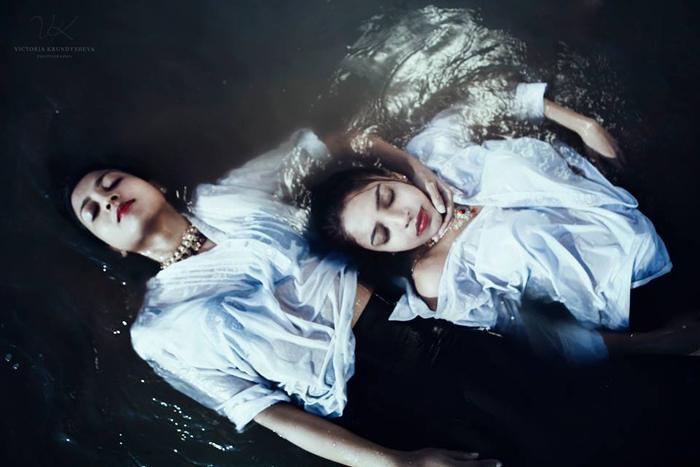 -Once you spotted a witch, make sure you take immediate action – scream as loud as you can, call them names, let everybody know who they are. Don’t mind throwing not just words, but stones, threaten them and cut them off any support. Ganging up on one of them is the best success strategy. 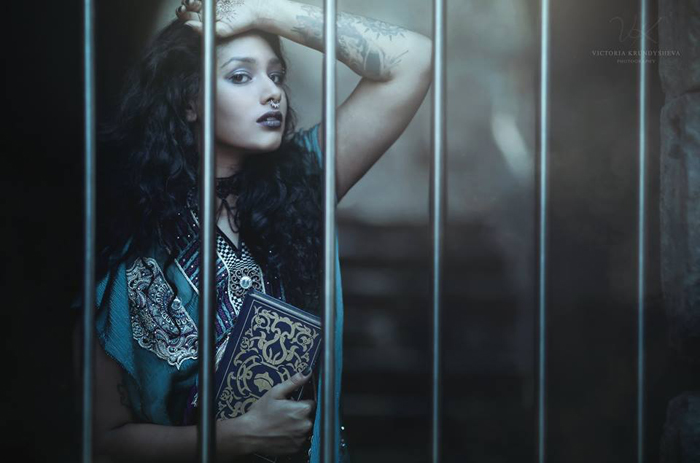 That isn’t it, the photographer has also initiated #CallMeBitch campaign and has left us with a resonating thought of countless emotions!

This is a little manual I have written, based on Medieval times favourite campaign – The Witch Hunt – when progressive, opinionated women, often fighting for their rights were attributed special powers, labelled as witches and burned at the stake, stoned to death or drowned in the water.

Times have gone by, but this ages old practice is as alive as ever. We still suppress, label, bring down and “stone” such women…only now we call them “βitches”. Have you ever been called a βitch? I have. When standing up for myself, straightforward and unafraid. When making my way and being the boss. When being my own person and living by my own rules.

A lot of women face double standards when it comes to assertive behaviour and independence. Those qualities men are rewarded for, women are frowned upon for. It’s time to call out all those who call you “βitch” for not following their idea of what a woman is, for being strong, outspoken, ambitious and independent. I am launching a campaign #CallMeβitch to connect all strong women out there.

I have been called a bitch, and I have had enough! What about you?

All pictures and captions are taken from Victoria Krundysheva Photography