Adultery and cheating on your spouse have their own consequences in the court of justice. However, people tend to derive utmost satisfaction by punishing their unfaithful partners on their own for breaking their trust. While some resort to public humiliation, others come up with unusual ways to seek revenge.

This Chinese woman was also keen on penalizing her husband herself when he was caught half-naked, in bed with another woman, reported Mail Online. Hence, she went ahead and tied him in a cage and dropped it into a river. 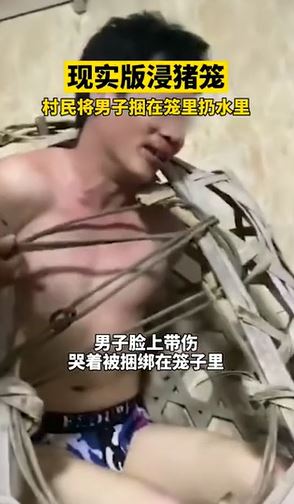 This shocking incident recently happened in Maoming city located in southwestern Guangdong province of China and was caught on camera by Chinese media. The half-naked husband was in a state of shock when a couple of men barged into his room where he was spotted with his mistress.

The men then tied him up inside a bamboo cage, carried him down the building, and threw him into the nearby river. But thankfully, he was soon taken out of the waterbody. 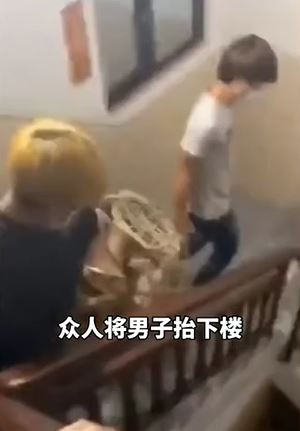 According to News18, the man was taken to the hospital after the distressing incident and he did not suffer serious injuries. Local cops soon took charge and detained four men associated with the peculiar incident. The authorities termed it as ‘romantic disputes’.

Apparently, this bizarre way of penalizing people is known as ‘dip in a pig cage’ and was practiced by ancient Chinese residents to punish people for adultery. The cheating individual was strapped to the cage to ensure he doesn’t escape and was left to die by drowning in the water. However, it hasn’t been adopted by Chinese lawmakers.

Well, this is one helluva punishment. Do you think people should take the law into their hands and resort to such inhumane ways of punishing people for cheating? Tell us.