When it comes to rewriting social norms, our country is still in a very nascent stage. The Indian society has only now begun to accept realities like homosexuality, gender equality, pre-marital sex, divorce and remarriages; ‘accept’ being used rather loosely. Amidst such a situation, this story of a girl who fought against all societal norms for her widowed mother’s happiness is the most amazing thing you’ll read today!

Two years ago, Sanhita Agarwal lost her father, 52, and his shocking death turned her life upside down. She was devastated, as were her mother and elder sister. They say time heals all wounds, but even six months later, the pain only seemed to get worse. “I could see my mom crying in front of his photograph and asking god why he took him away from her. I remember her shouting his name in sleep and waking up all of a sudden asking me, ‘Papa kaha hai? Where is Dad?'”

Things became even more difficult when Sanhita had to move to another city for a job. Her mother was now alone at home, since her elder sister was married. Sanhita tried to make it back home for the weekends and her mother assured her that she was okay. But the daughter could easily sense that her mother was miserable.

After three months of this routine, Sanhita decided it was time for her to do something for her mother. And what she thought of was not a something many would think of doing—She decided to find her mother a partner.

Sanhita began by creating a profile for her mother on a popular matrimonial website, complete with pictures and her life’s story. She wanted to find someone who could understand what her mother was going through, and with whom her mother could share her joys and sorrows for the rest of her life.

Naturally, her mother opposed the idea strongly, as most widowed Indian women who have been proposed a remarriage would do. She was afraid of all the taunts and social stigma that society would heap on her if she were to remarry in her 50s.

And then, Sanhita very beautifully put her point across to her mother:

“Every person on this earth has a right to live their life their own way without giving a damn to this society because this society won’t come and talk to you when you’ll be alone at the age of 80. Most of your family members would ignore your calls when you’ll be be sick and need help. Only a life partner would do that for you and you would do that for him because no matter how much the children try to help you, you ultimately need a soulmate to share anything and everything. You totally deserve it, mom. It wasn’t your fault if dad had to go, but it’ll be your fault now to not give another chance to yourself. Please think.”

And at last, her mother was convinced.

It wasn’t long before Sanhita found a potential match! Just like her mother, he too had a government job, was of almost the same age, and was kind, intelligent and mature. And only a few days ago, there was a wedding! 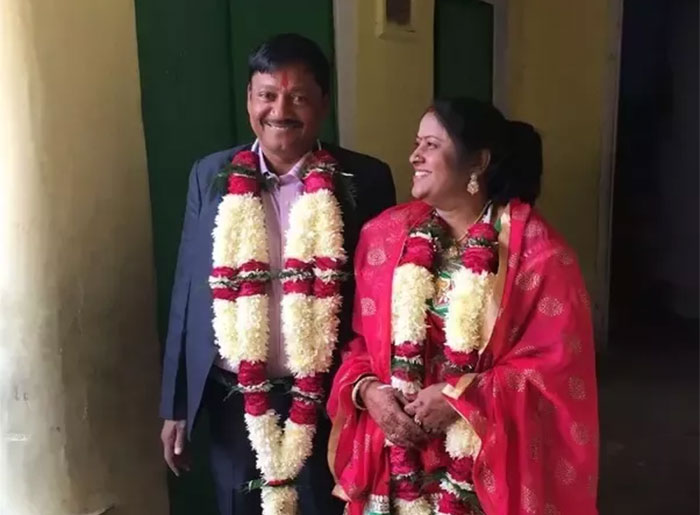 Talking about how her mother’s life post remarriage has changed, Sanhita says, 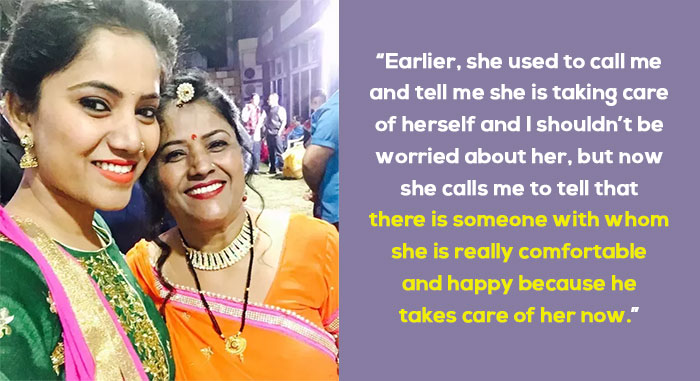 After she shared her story on Quora, Sanhita received a lot of appreciation from the Internet for doing what she did for her mother. But the response has only made her question why her deed was so surprisingly rare. 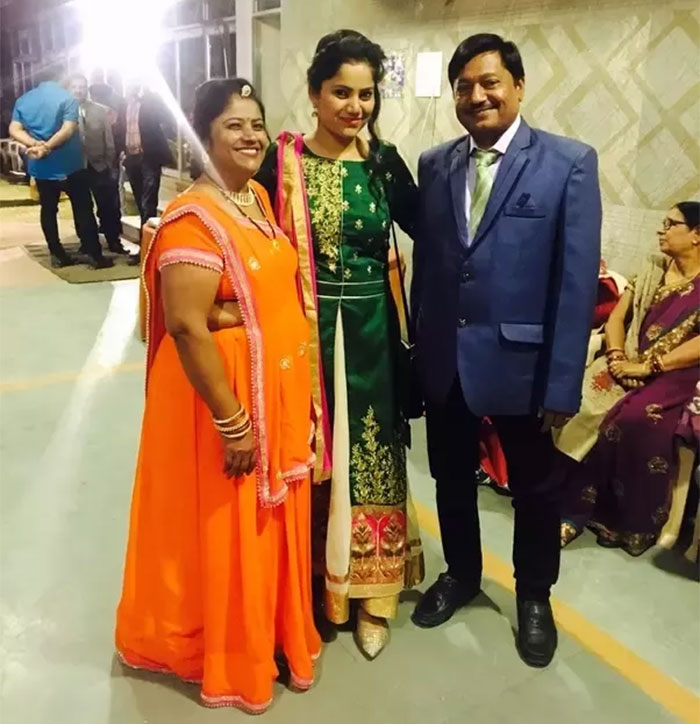 “Why is this not so common in this country? Do you think our parents who spend all their young years caring, running behind us to make sure we live the best childhood, deserve to be left alone in their old years? No, Right? Then why so easily we expect them to live their life alone as if it’s in their destiny!”

Shower her with praise for being an amazing daughter and she claims that she hasn’t done anything extraordinary. While talking to Storypick, she explained her need to share her story with as many people as possible. 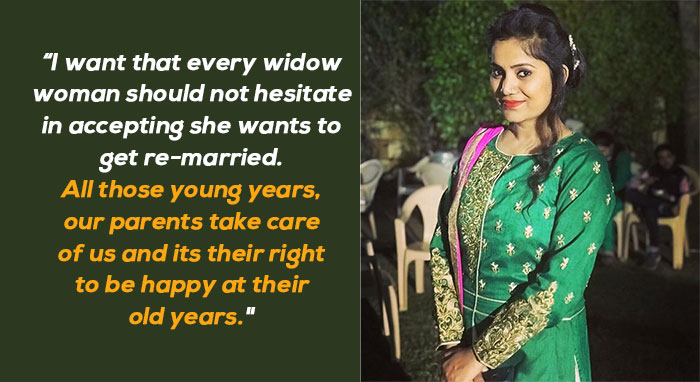 As a parting message, she gives children living away from their parents some food for thought.

“Take a moment out of your busy life and see if your parents aren’t too alone. They’ll never tell you if they’re sad or sick, need your help or anything else because all they know is to take care of their children first, but it’s our responsibility too to see if they’re happy or not.”

You’re clearly and inspiration, Sanhita! You mother and your father, wherever he may be, are surely proud of you!

Disclaimer: Story has been reproduced with due permission from Sanhita Agarwal.