Home People People Can Literally Walk On Water And We’re Like, ‘How, Where, Hein?’

Have you or have you not dreamt of walking on water? I mean, the idea is enticing for sure. And, as kids we did attempt that in the pool and failed miserably.

Then, to give you the perception of walking on water came those glass platforms. Cool enough!

But, it is 2018 and wasn’t it high time we found a way to fulfil that dream. And, the students at Lamar University have. 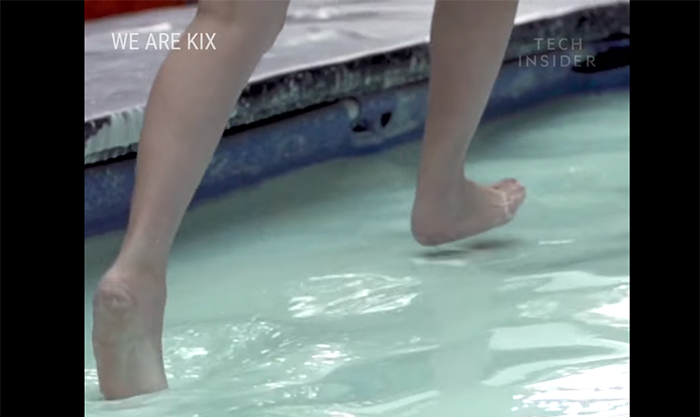 All you need is God’s blessing and some corn starch guys.

Yes, this kitchen essential will enable you to walk on water. Why just walk? You can jump, dance, ride a bike, play games, do other cool stuff too on it. 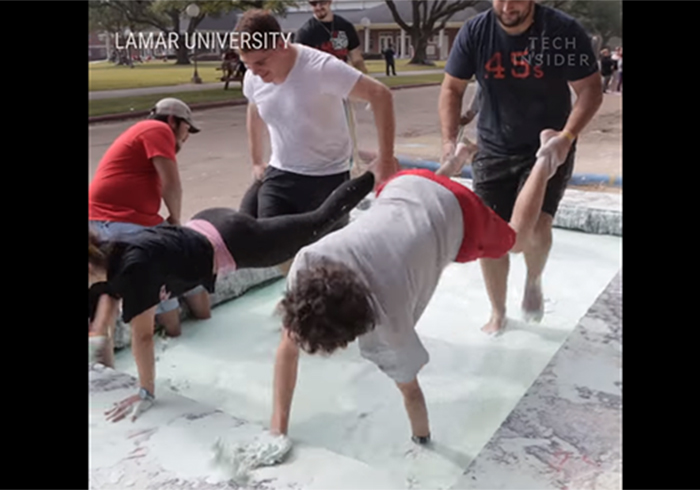 Science nerds would get the thing. Mix two parts cornstarch to one part water and watch the magic.

But wondering how can something be liquid and solid? Tech Insider explains it in simple terms.

“When a steady, slow force is applied, the particles have time to move. So the object slides through, as it would in a liquid. When a sudden force is applied, the particles don’t have time to move out of the way. So the object stops, as it would on a solid surface. What makes non-Newtonian fluids unique is viscosity. Viscosity is the rate at which fluid flows. Common fluids, like water, have a consistent viscosity.”

People definitely had a lot of reactions.

Look at all them Jesuses.

Ooooo so that's how He did it pic.twitter.com/N6CYVQkGkV

Now, all I need is those inflatable pools, water (of course, duh!) and 900 kg cornstarch. I’m gonna walk the hell out on water and do some freaky stuff.