Home Food For Thought Virat Spares Time To Care For Security Dogs In Chennai And Twitter...

Virat Kohli is the best thing that has happened to Indian cricket in the last few years. Not only has he scored a mammoth amount of runs and has been the key factor behind India’s victory in a lot of games, he has now also taken India on its largest undefeated streak in test cricket while leading from the front.

While Kohli may be aggressive on the field, the man has shown us that he has a tender heart time and again and these photos of him petting security dogs and giving them water is a testimony of his kind-heartedness.

Captain @imVkohli takes some time off to give water to a couple of security dogs here in Chennai pic.twitter.com/laisg60CBS

Take a look at him bonding with these adorable little creatures. 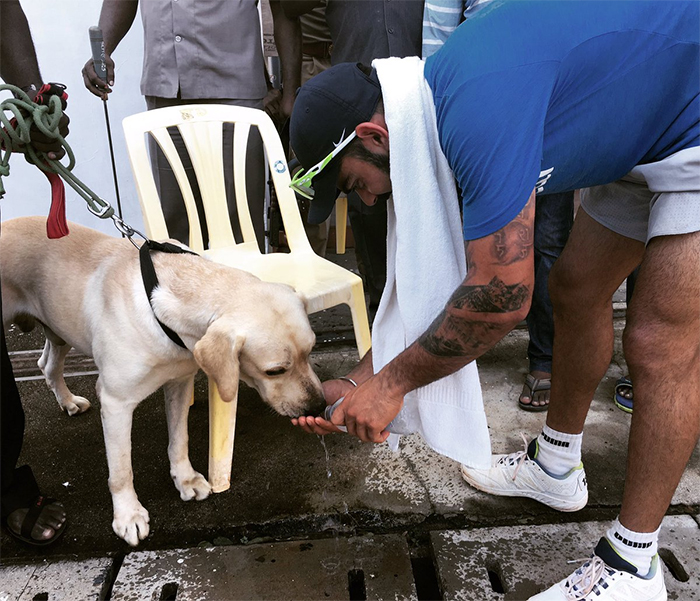 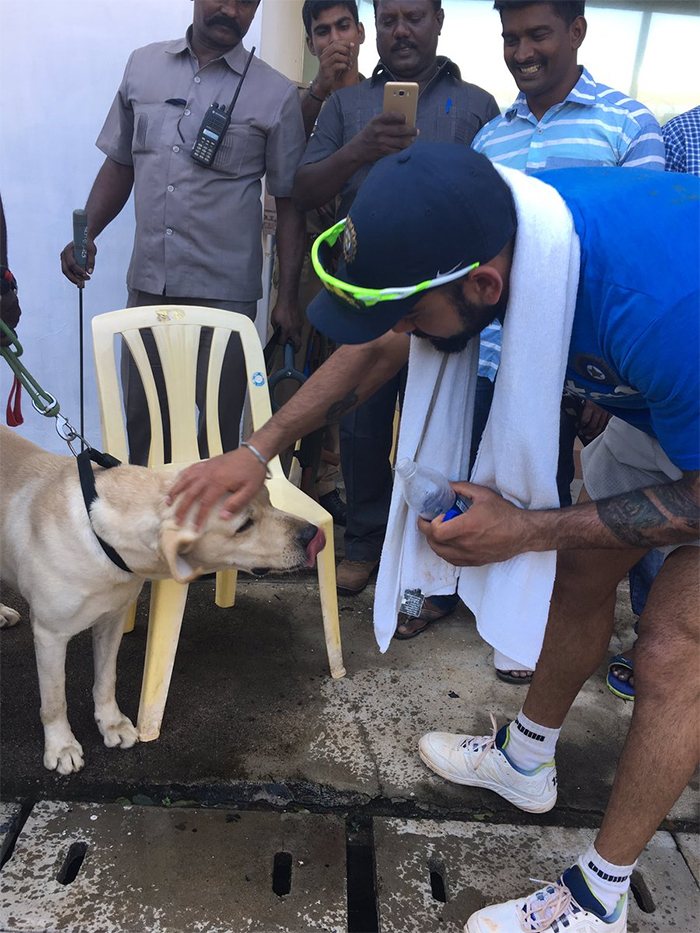 Such a sweet gesture 😍👌

that's why everyone loves @imvkohli great human being #saveanimals

The dogs look happy and Virat Kohli has given us another reason to love him. 🙂