Bollywood actor Vijay Varma is the master of comebacks and sassiest replies. Apart from his class act, he is also known for his humor and cheekiness. Last month he took Twitter by surprise with his savage responses to tweets about him for ‘Darlings’.

After struggling to make it big in B-town, the actor now has a huge fan following spread across the globe, and among them are some who love him so much that they want to marry him.

Well, he’s currently shooting for the forthcoming season of ‘Mirzapur’ in Lucknow. His female fans are going bam on his Instagram DM shooting him with marriage proposals as soon as he posted a selfie with the caption, “Muskuraiye, Aap Lucknow mein hain.” (Smile, you’re in Lucknow.) He responded, “Bas yahi karne toh aaye hain Lucknow.” (This is why I came to Lucknow.) 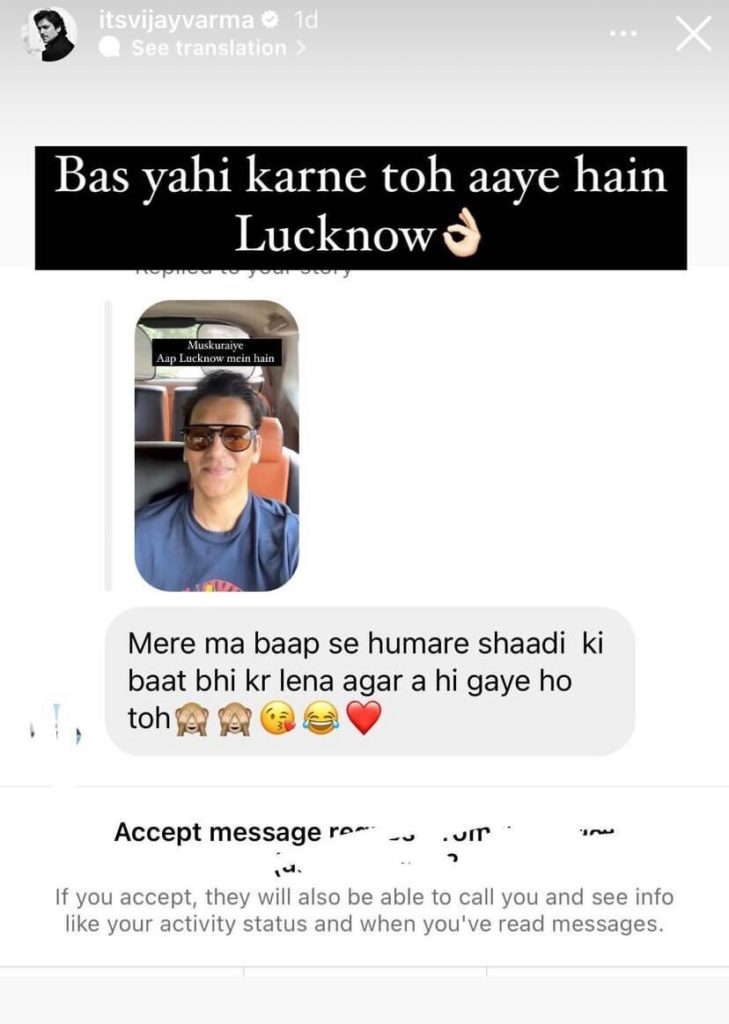 Then came a DM from one of his fans in Pakistan. He was generous to respond to her too. To this he responded , “Haha I can’t even. Big B ko le aaye ladka set karane ke liye batao.”  (Haha, I can’t even. You involved Big B to set up a guy.) 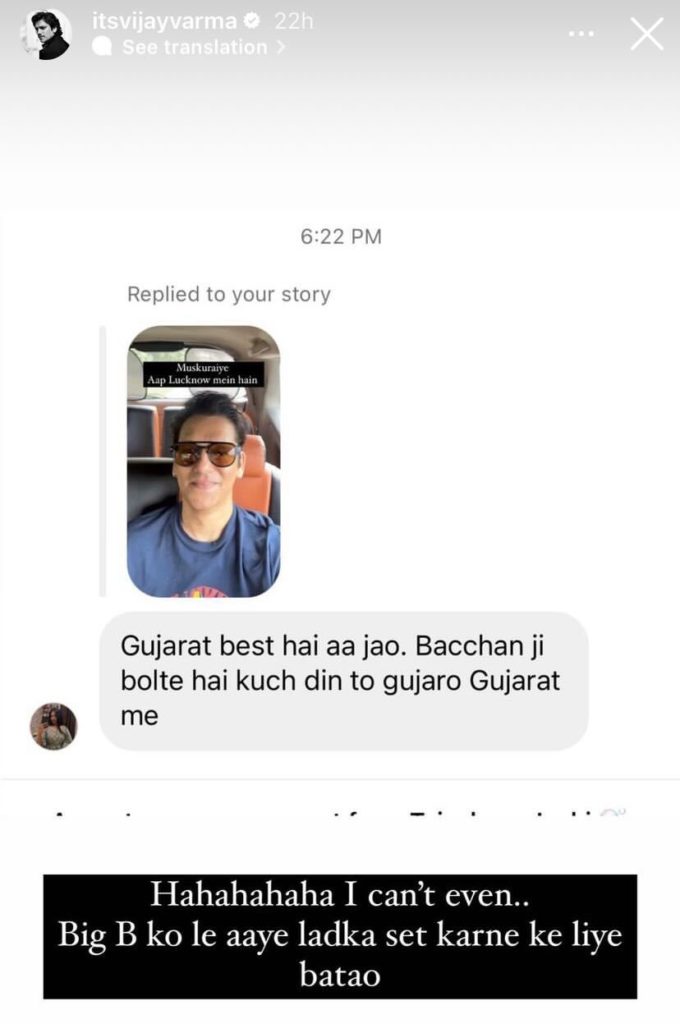 A fan from Canada asked him to meet her “Pati”. Shocked on reading this, Vijay Varma said, “Pati ya Pita, Canadaian Balike?” (Husband or father, Canadian lady.) 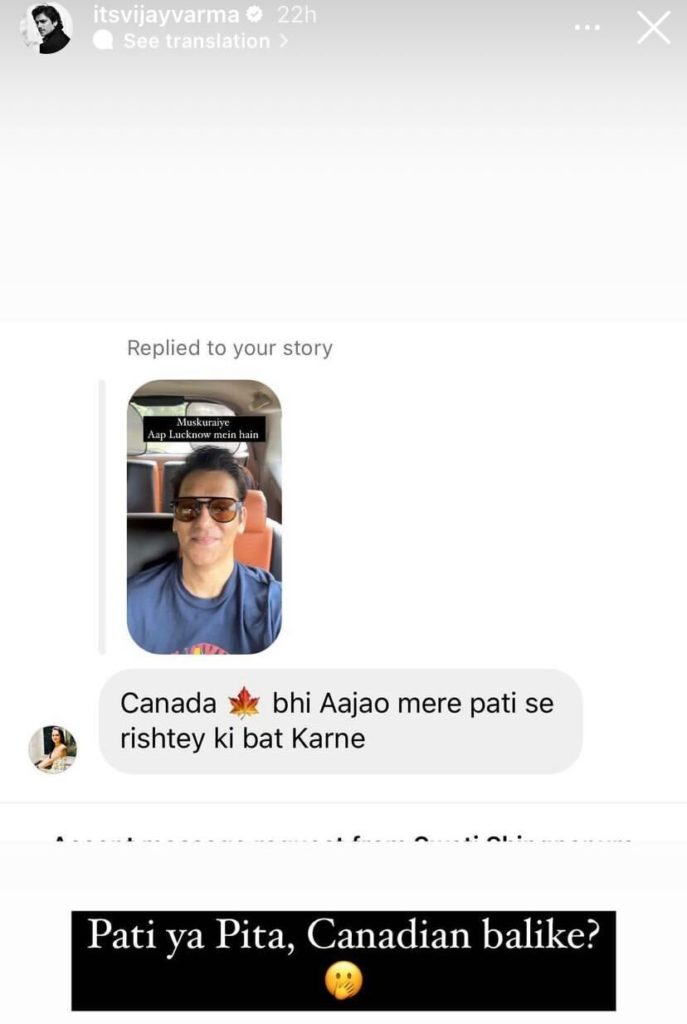 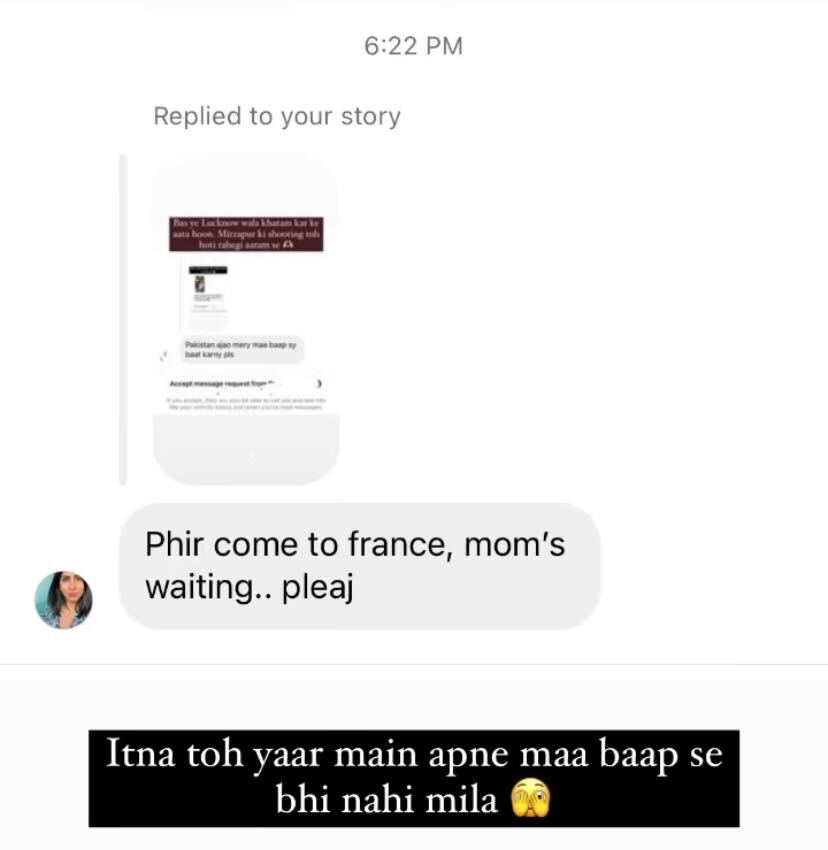 While women were trying hard to marry him, his male followers were fed up with the marriage proposals. One of them said, “Ye kya chal raha hai? Inhe samjhao actor ho, shaadi.com nahi.”

(What’s going on? Explain to them that you’re an actor, not shaadi.com.) 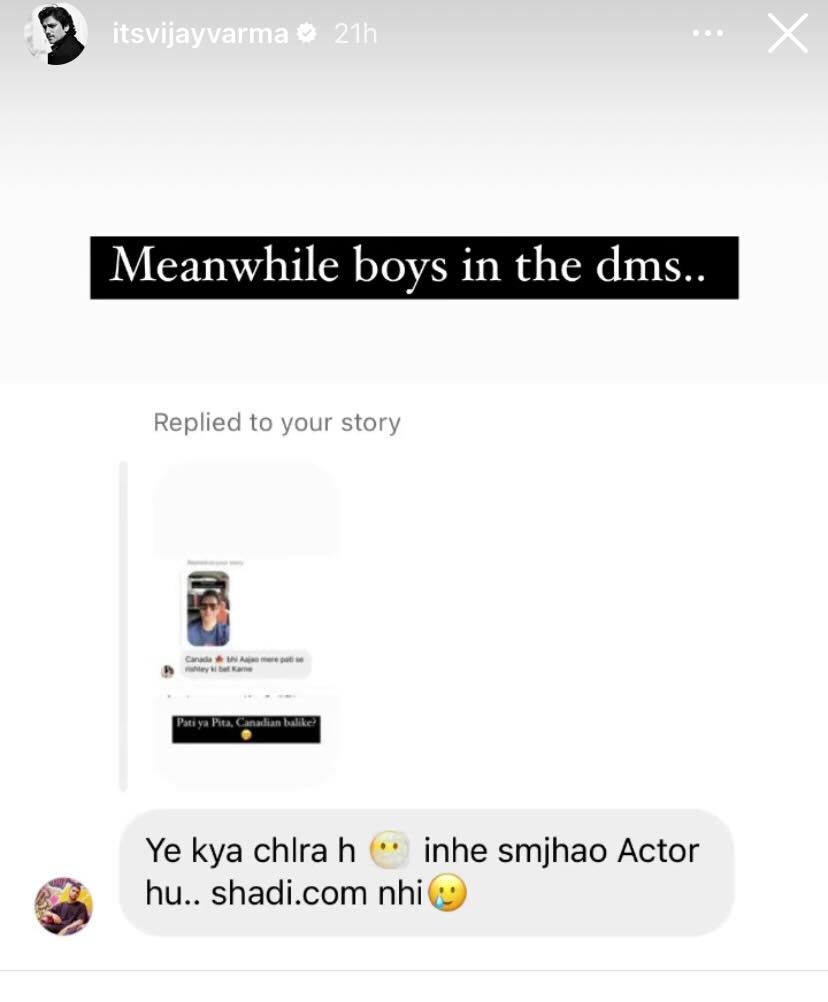 This guy has the caliber to make people cringe with his acting and also smile with his cute conversations with his fans.