Several films, television serials, and even society have propagated this idea that a woman always comes between the mother and the son. It is incredibly sexist and much of the hostility faced by women by their mothers-in-law stems from this thought. You would think that in 2022 we would have been far past this. But no.

Actor Vijay Deverakonda recently shared the teaser for the song ‘Aafat’ from his upcoming film ‘Liger’ alongside Ananya Panday. The caption reads, “There’s always a beautiful drama Queen who will come between a mother and son!” 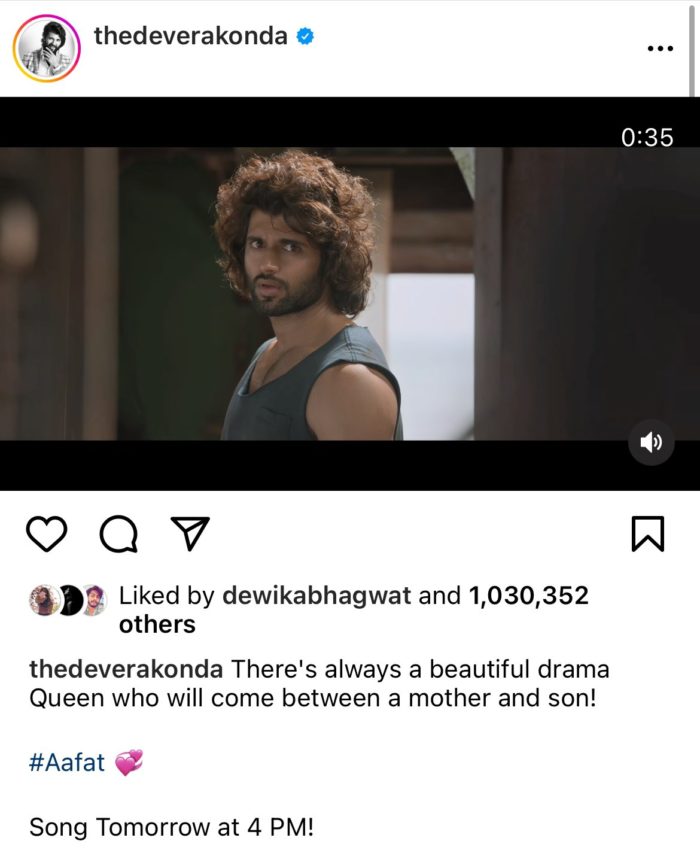 This may have been suggested by the film’s promotional team or Vijay himself…we don’t know. But an acclaimed actor with a massive following allowing such captions to be put on his personal Instagram handle is disappointing, to say the least.

Y’all are allowing such captions in 2022???? pic.twitter.com/zxJ2Hhn7wX

Several people online called Vijay Deverakonda out for his regressive caption. Here’s what some of them said:

The man played arjun reddy. So what to expect from him.

It all began with Arjun Reddy/Kabir Singh. High time that we stop glorifying such thinking.

It is disgustingly sexist, but no one has the authority to allow or not allow anyone to post what they want to..

My crush on a man instantly dies after they start talking

Only someone who can play the role of and even promote and justify arjun reddy is capable of these captions https://t.co/WlFIUGo7uW

why is every hot guy problematic https://t.co/EYu3YREPM1

how is he having women following yaar what’s wrong with ppl😭 https://t.co/VCqGBjIoNV

With massive stardom comes massive responsibility because celebrities have the power to influence their audience. Hence, they need to be more mindful and sensitive toward the ideas they are propagating. Don’t you think?