In a news that makes another shocking addition to India’s #MeToo and #TimesUp movements, a Twitter user has made some startling revelations about comedian and YouTuber Utsav Chakraborty.

Utsav has featured in several videos for All India Bakchod (AIB).

In a Twitter thread, a woman has gone on to reveal how the comedian sent sexually explicit messages, sometimes even to minor women. She supplemented her claims with screenshots from said women with their names blacked out.

It started when Utsav decided to pass a remark on a news about Indian men harassing women passengers on an Australian cruise.

The woman started by calling out the hypocrisy in Ustav’s statement, and eventually revealed how he was indeed one of those very men who harassed women.

She then proceeeded to share her personal text encounter with Utsav, where he sent her a dick pic and later begged her to not tell others, followed by the screenshots of her conversations with the women Utsav had harassed.

There were several other women who also added their own encounters with Utsav and how they too had been subjected to such behaviour.

Several of Utsav’s fellow standup comedians called him out over this. 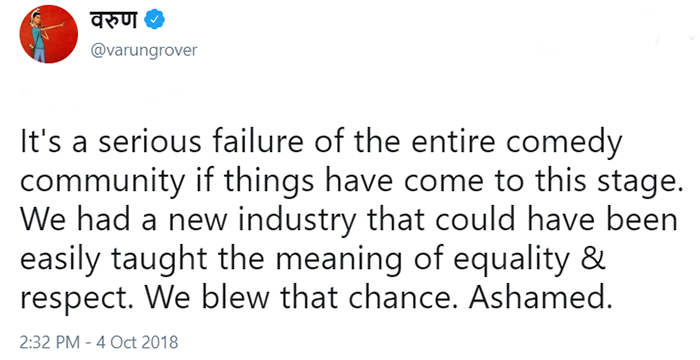 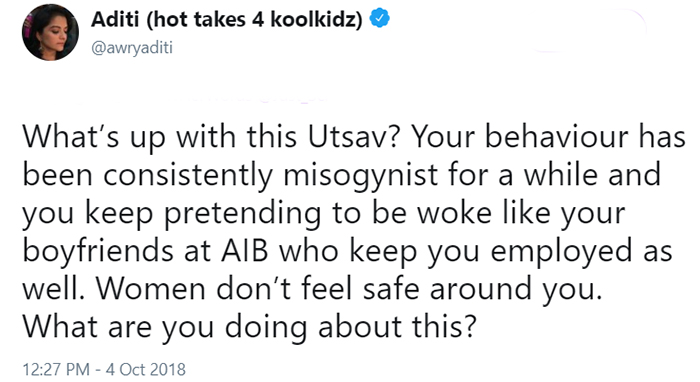 It’s to be noted that the woman claimed that she had informed some of Utsav’s AIB colleagues about it. And yet, no action was taken against him. 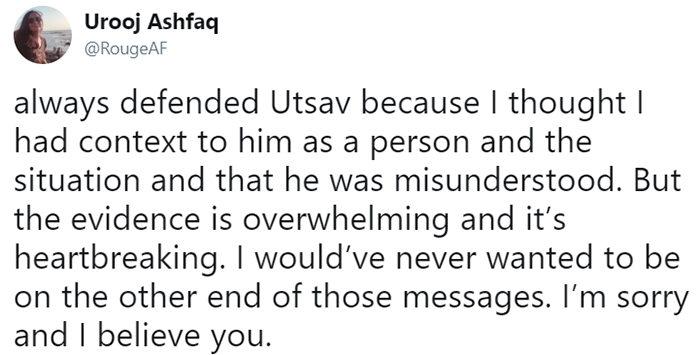 The Mumbai Police took note of the Twitter thread and has ensured to look into it as well.

Meanwhile, AIB has issued an official statement about the matter.

In addition, they’ve clarifed that Utsav has not been in their employment since 2016.

Utsav Chakraborty himself has issued a statement on his social media, claiming that withotu discrediting any of the accusers, he will soon be providing context to the text conversations.

Indian Twitter is currently in huge uproar over this, and are calling out the stand up comedy community for turning a blind eye to what has been happening for quite some time. A majority of the comedians are still to speak up about this.

Now all that’s left to do is wait and watch how this story develops.