In Video: UP Cop Says The Food Served To Them At The Mess Is So Bad That Even Dogs Won’t Eat

Come rain or storm, our police force is always ready to serve its citizens. They are the first ones to reach the rescue spots to safeguard our life. Hence, they themselves need to take good care of themselves for which having a balanced diet is a must.

But far from a balanced diet, some cops in India are provided with food that dogs would also reject. This is what a cop from Uttar Pradesh told in a now-viral video. 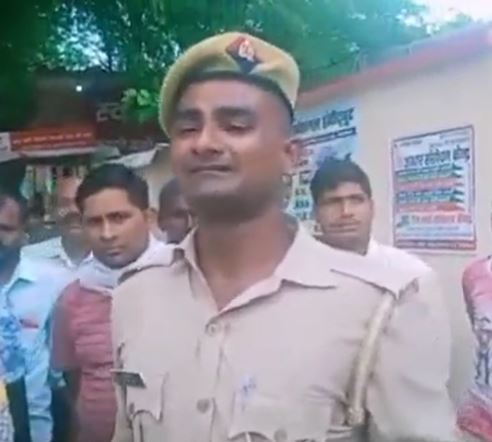 In the video, a UP police constable posted in the Firozabad district was seen protesting against the quality of food served at the mess in Police Lines. He took to the busy roads with a plate of rice, roti, and a bowl of dal just to show the public what they are being provided with. He then sat in the middle of the road and told the media personnel about his ordeal.

A UP police constable posted in Firozabad district protests against the quality of food served at the mess in police lines. He was later whisked away. A probe has been ordered. pic.twitter.com/nxspEONdNN

In another video, the cop identified as constable Manoj Kumar also told the media that he had taken the issue to the SP and higher authorities but in vain.

“Policemen are eating this food after 12 hours of duty. Even a dog won’t eat this. We can’t eat this food. How can we do our duties if we don’t have anything in our bellies?” 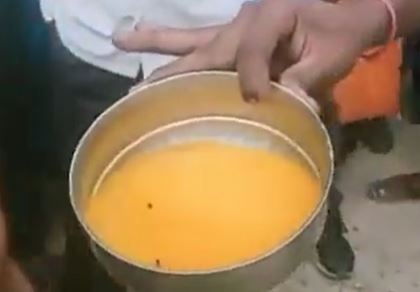 The crying constable also added that despite being assured of a nutritious diet by the state government, they are served inedible food, reported India Today.

“All this is a scam by the senior superintendent of police and the DCP. Through these people, police personnel is provided poor quality food.” 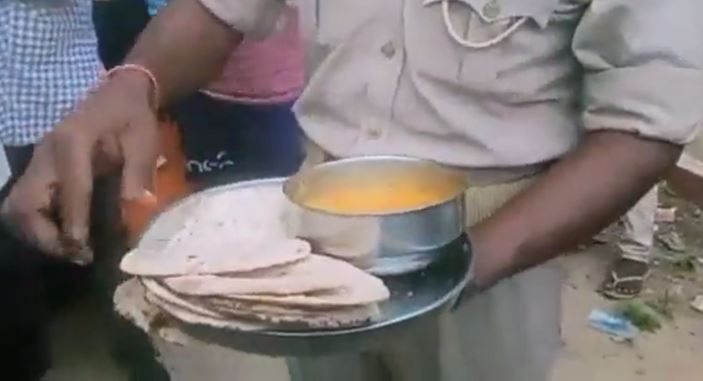 Kumar further added that when he raised the issue to the mess manager, he threatened to have him ousted. Hence, he took to the streets to protest.

“There is no one to listen in this department (police). Captain sir doesn’t listen to my problems, that’s why I am protesting here. When Captain sir passed by here, I told him that you should eat the rotis on this plate, he should know what kind of food his soldiers eat. Can his children eat such food? I just want to ask him this.”

Constable Manoj Kumar speaks to the media. Says he tried reaching out to the SP but got no response. Later, he came out in public with his grievance over the quality of food. pic.twitter.com/rz8iJ2io7n

After his video went viral, the Firozabad Police asked the higher authorities to look into the matter.

On watching his video, a lot of fingers were raised at the state government. Some also expressed concern that he might be sacked from his job as he decided to go against the authorities.

I am worried about his job . He might be terminated like Tej Bahadur ( BSF jawan)
Corruption is the reason behind poor quality food

Instead of improving will act on the complainant. Tragedy of my land.

At least give him some green vegetables, some curd , some salad, some soya , what nonsense is this low protein food

He will be held responsible for Breaking Laws and will be Suspended or even terminated for protesting in full public view.

This is the condition of our police force, goverment, politicians cant give them quality food, less hours duty, but want flyovers, and new parliament of thosand crores, what a shame to our country.

In police there is no special allowance for food stuff.. It dpends on the contribution on total monthly bill.. Such act by Police constable warrents action against him.

We also came across a tweet that alleged that the constable was suspended multiple times in the last few years pending an internal inquiry. Hence, to malign the image of the authorities he is doing such a stunt.

He was suspended many times in the last few years and was to be dismissed in few months – pending internal enquiry.

Ye saara natak usi ke lie hai. My senior who is an IPS office in Lucknow told me this. I am sure if you enquire you will know

The food definitely doesn’t look edible, not for someone who works for hours under the sun. However, if he is doing this just to seek revenge then may the accused be prosecuted.