As Ukraine fights the Russian Military, the rest of the world bears witness to heartbreaking yet remarkable stories. On one hand, fathers say goodbye to their daughters with very little hope to meet again. Lovers separate and kiss each other goodbye for one last time. On the other hand, prominent Ukrainian leaders have put on military uniforms, taking to the streets.

In another such incident of sheer courage, a Ukrainian woman confronted a Russian soldier and offered him sunflower seeds. She asked him to put it in his pocket so that when he dies, sunflowers can bloom from the soil. 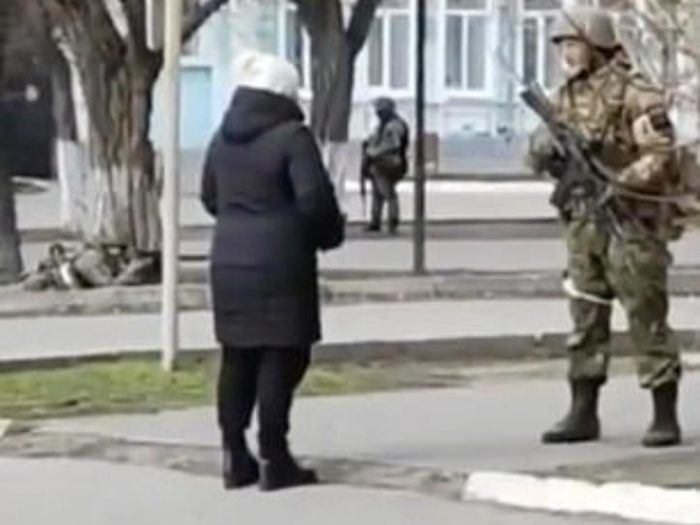 A video of the incident was reportedly captured in Henychesk, Kherson region. The Hindustan Times quoted the woman saying, “You should put sunflower seeds in your pockets so that they will grow on Ukrainian land after you die.”

While the exact details of the video haven’t been verified, a transcript of the exchange between the woman and the soldier went viral.

“Who are you?”, the woman asks.
The soldier replied, “We have exercises here. Please go this way.”
The soldier confirms they are Russians, the woman says, “So, what the f*** are you doing here?”
“Right now, our discussion will lead to nothing,” the soldier responds.
“You are occupants, you are fascists! What the f*** are you doing on our land with all these guns? Take these seeds and put them in your pockets so at least sunflowers will grow when you all die down here,” the woman says.

"Take these seeds so sunflowers grow here when you die"

This is particularly significant as the sunflower is Ukraine’s national flower. This is what courage looks like.