I don’t understand Indian TV serials sometimes. They end up showing events that will not only make you think ‘RIP logic and science’ but will make you want to question your existence.

For example, in one desi TV serial named ‘Yehh Jadu Hai Jinn Ka!’ which aired from October 2019 to November 2020, two guys are seen battling a ‘Chand ka tukda’ challenge, reports Times Now. After a bride announces that whoever will bring her a chand ka tukda will get to marry her, two suitors jump to fulfil her wish.

While one man attempts to break the moon with what seems like a laser-like rope, the other aims a wand at the moon (Haila! Harry Potter!) and manages to break a piece that falls into the ground.

A video of the scene has been making rounds on the internet and has left people online facepalm-ing hard! Have a look:

From comparing the serial to ‘Harry Potter’ to making it relationship goals, people online had some epic reactions! 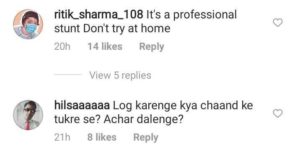 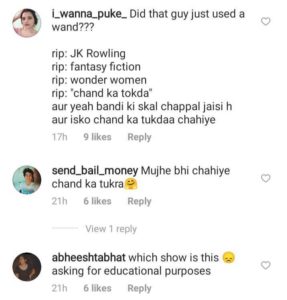 Somebody, please give me Hajmola because yeh baat hazam nahi huyi.