While people living in the more urbanised parts of India are more accepting of non-heterosexual sexualities, many openly queer people complain of facing stigmatization, rampant homophobia, and fetishization – leading to numerous instances of sexual harassment faced by the LGBTQ+ community.

One such instance of sexual harassment was recently faced by Dr. Trinetra Haldar Gummaraju, a transwoman. She took to Instagram to narrate how a doctor in Chennai, to whom she went for treatment, subjected her to sexual/cyber harassment.

Attaching screenshots of a few messages sent by the doctor, one of which reads “I wanna be with u”, Trinetra alleged that the doctor gave her unnecessary medical advice, procured her number from the hospital records, called her and dropped unsolicited texts.

“The messages you see were sent to me by a vitreoretinal surgeon that examined me at one of the most reputed eye hospitals in Chennai.  I have high myopia with a power of -9.5 in each eye. Without glasses/contacts, I can see practically nothing. So imagine my fear when a male doctor sitting six inches from my face examining my eyes, begins to give unnecessary medical advice, then procures my number somehow from hospital records, calls me up unnecessarily and drops these texts from two separate numbers with similar WhatsApp usernames (was able to trace them back to the same person pretty easily).”

She goes on to add:

“Cannot describe how unsafe and angry I was, knowing that this hospital serves very vulnerable populations – and this doctor has probably done worse.”

Trinetra highlights how a doctor is someone around whom one is supposed to feel safe. She expresses her fury at how the doctor takes his professional oath lightly and harasses patients.

“As a medical intern/doctor myself, I’ve tried my hardest to learn bedside manner and patient care – and when you see a fellow medical professional take their oath so lightly and harass patients this way, you can’t help but feel furious. This is a time that doctors are doing all they can to save lives, but I must also please remind you that this is still India. No place is truly, entirely safe. A doctor is someone you’re supposed to feel safe around even if you’re naked. That’s the trust one places in a doctor/hospital.”

At the end, she revealed that the hospital promptly took action and fired the doctor.

People online showered their support on Trinetra and condemned the actions of the doctor. Here is what some of them said: 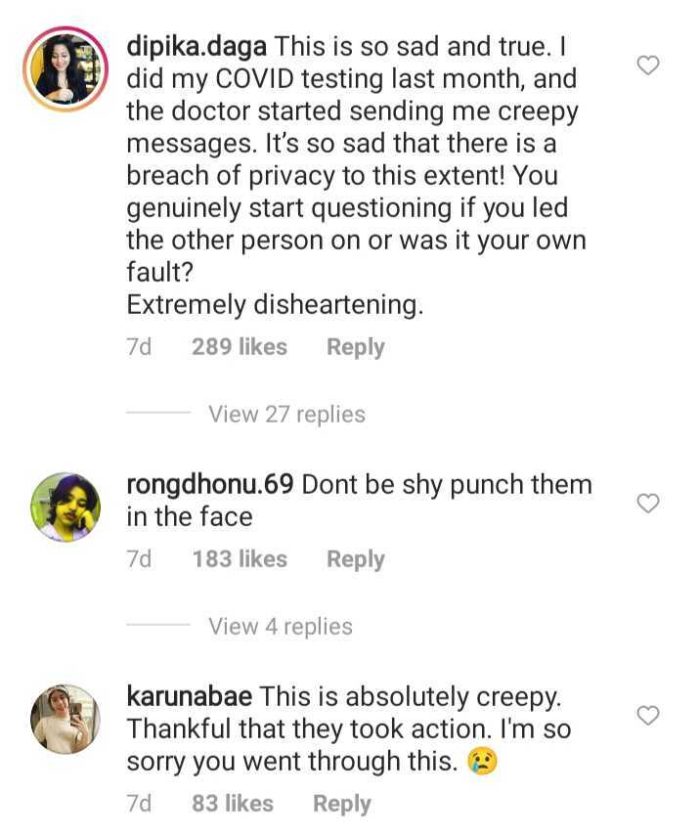 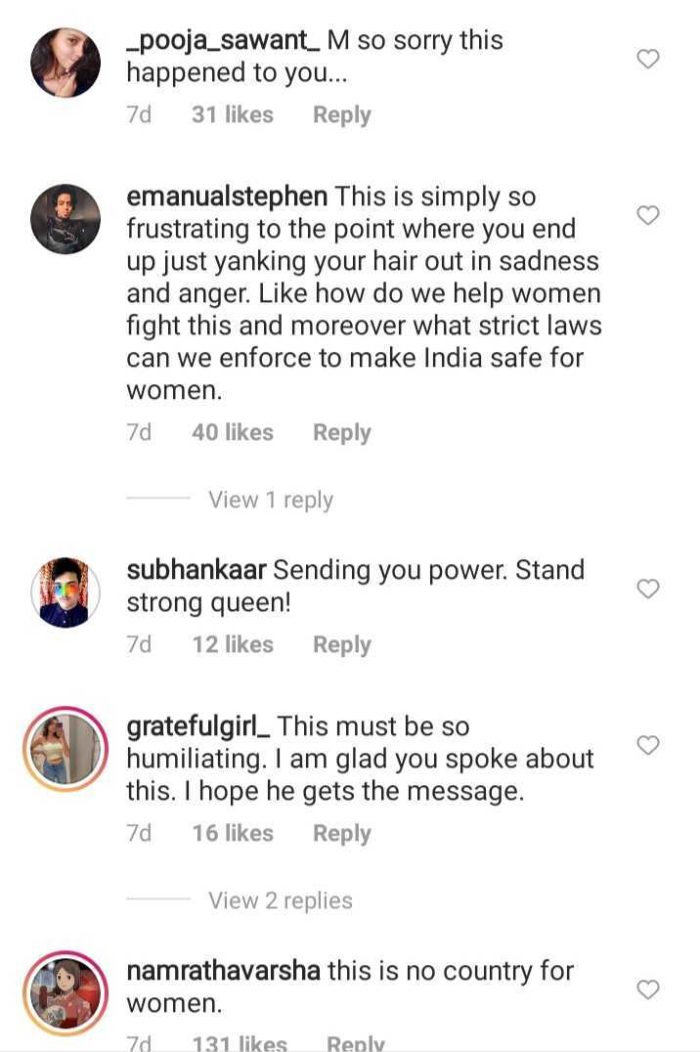 To be a woman and to think of the kind of sexual harassment that is meted out to patients by doctors is horrifying. Such professionals should be called out and held accountable for their actions.