The coronavirus induced lockdown has proved to be a boon for the mother earth. Not only is nature healing itself from the damage caused by mankind but animals are also thriving as humans are locked inside their homes. However, as things are getting back to normal, things have started going downhill for the environment again.

Recently, toxic foam was seen enveloping sections of the Vaigai river and Sellur pond in Madurai after heavy rains lashed the city, reports Yahoo News. The levels in the water bodies rose significantly after the rains poured continuously for two hours. The foam was reportedly a result of the mixing of wastewater in ponds and the river with the rain. 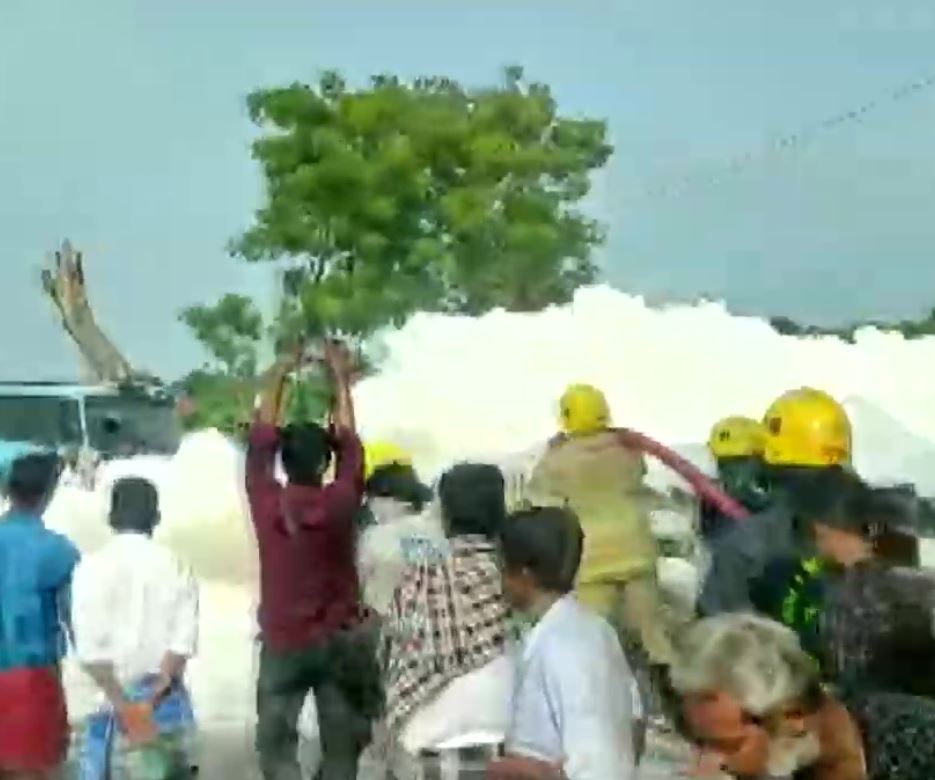 Tamil Nadu: Toxic foam floats on parts of the Vaigai river and the Sellur pond, Madurai due to water pollution

Mixing of waste water in ponds & the river, with the rain, formed the foam pic.twitter.com/dXX3WJ4Gsk

The fire department officials were then called to spray water along the channel of the Vaigai river. This happened over a bridge in the Sellur area. According to the Meteorological Department, a low-pressure area is likely to form over the Southeast Bay of Bengal which might concentrate into a depression within the next 24 hours.

#WATCH | Toxic foam scatters, as fire department sprays water on it along a channel of the Vaigai river, over a bridge in the Sellur area of Madurai. #TamilNadu pic.twitter.com/QGmKGSMRsz

The low-pressure area might intensify further and reach Tamil Nadu-Puducherry coasts as well. The forecast for more rains in the southern state comes a day after severe cyclonic storm ‘Nivar‘ ravaged parts of Tamil Nadu and Puducherry.

While we can’t control nature, it’s important that we do our bit in saving the environment.