Remakes and song remixes have become common in Bollywood. Be it Punjabi songs or old Hindi songs, recreating iconic songs and coming up with their 2.0 version has become a trend these days.  However, only a handful of remade songs are liked by the listeners. 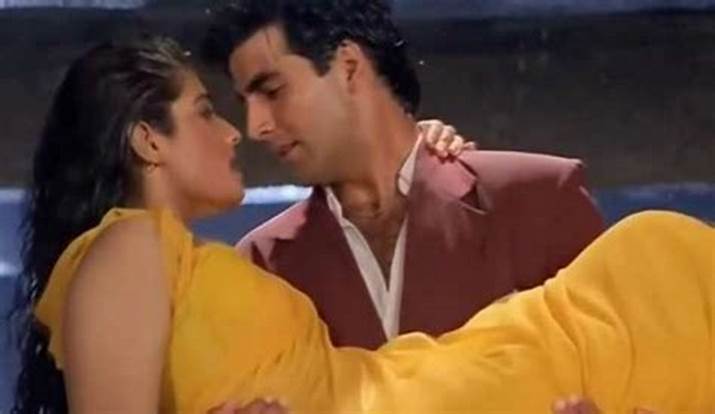 While Katrina looked scintillating rain-dancing in a saree, Akshay managed to bring the old-world charm to the song. However, in comparison to the OG song, they failed to recreate the magic. This is what people online had to say about it:

I just saw the #TipTipBarsaPani remake. After watching it I am pretty much sure that no one can recreate that magic what #raveenatandon had did. Pani me shirf tabhi lagi thi😛 . She had 103 degree fever at that time, and the performance was still recognised as cult classic. pic.twitter.com/kUVHFszmFH

quite literally, tip tip barsa pani is ONLY about raveena tandon and her wet yellow sari 💛💛💛 https://t.co/5URYs5zJGQ pic.twitter.com/dZbjZvUUqL

Saw the new #TipTipBarsaPaani and while I absolutely stan #KatrinaKaif, let me just say that Tip Tip Barsa Paani is @TandonRaveena and yellow saree, period. The new one has neither :/ Going to go and watch the original now. pic.twitter.com/CV6ijmI4Pq

When it comes to Tip Tip Barsa song, no one can match the energy of Raveena Tandon. NOT A SINGLE PERSON.

okay wtf Katrina kaif is beautiful but please have you seen RAVEENA TANDON THAT WOMAN CANNOT BE REPLACED, I am so fucking offended by the tip tip barsa remake, let some good bollywood songs be in peace pic.twitter.com/58vUnF4Mi4

Original was with you only, right. How did you even agree to this crap remake of legend. 🥴😒

Not even 25% compared to the original , apna kuch bana nahi sakte original ko to baksh do bhai.

Bollywood has ruined another iconic song. Katrina is looking so dull. Still @TandonRaveena was sooooo good and sexy in this song.

Why do you all ruin these iconic songs? If you can’t make nice songs, at least not ruin the good ones.

After receiving so much backlash online, do you think it’s time music composers refrain from remaking our favorite classics?