The last few days have been an absolute rollercoaster ride. With Avengers: Endgame hitting the theatres and giving us what can only be called a perfect ending to the 11-year-old journey, to Game of Thrones S8E03 being as massive as it could get, there has been a lot to process!

While we never thought we’d be saying Avengers and GOT in the same sentence, this week has blessed us with more than one opportunity. 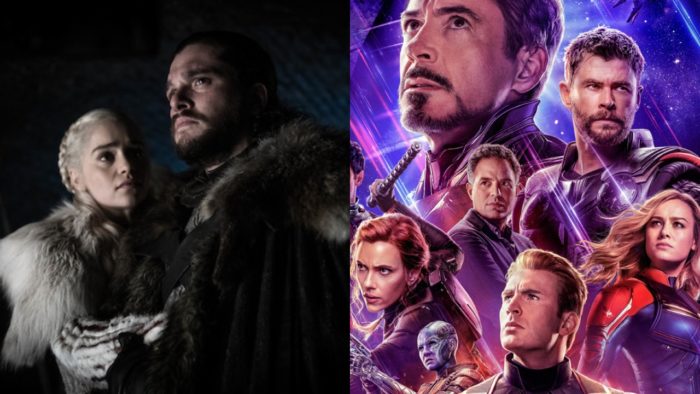 A face-off has taken place between Thor and Daenerys in the world of the internet which is driving people crazy!

While it might seem like there is no direct comparison between the hammer yielding God of Thunder and the Mother of Dragons, the two have a startling similar expression.

And someone made a meme out of it!

"Can I speak to your manager please?"

"I AM the manager" pic.twitter.com/uA3ZXizJtH

This is the ultimate corporate face-off dream!

Twitterati was split between appreciating the meme for its hilarious yet realistic corporate representation, and making their own versions of it!

I never realized how similar they looked

I just laugh in their face and roll my eyes. Pisses them off more lol

Happened just last weekend at work with a very rude customer. My boss, unfortunately for him, doesn't take shit like that and gave him a piece of her mind. Satisfying to see.

They would make the scrunchiest children

He's your nephew
Is he, though?

When it’s Avengers week and game of thrones fans are trying to steal your thunder. pic.twitter.com/YNVTvJEwkn

The same caption can be used for both images.
"Stark is a good man."
"Is he, though?"#Endgame #GameofThrones

While I feel this is just the start of a bone-tickling meme journey and there are many more to come, who do you think would win if there were an actual face-off between the two?