If you are having a boring time at home or at work, always consider scrolling through social media feeds as a possible mood lifter. Trust me, these platforms are never short of videos that are incredibly funny and would guarantee the right dose of entertainment into your mundane times.

For now, you do not need to do much. That’s because, we are here with a hilarious clip of a thief, who trolled himself big time while looting a mobile store!

In a CCTV footage shared by Westland Police, Michigan, on Facebook, we can see a thief entering a mobile shop. The unidentified man who was wearing a tan colored jacket and khaki pants then goes on to pull out something from the display shelf. 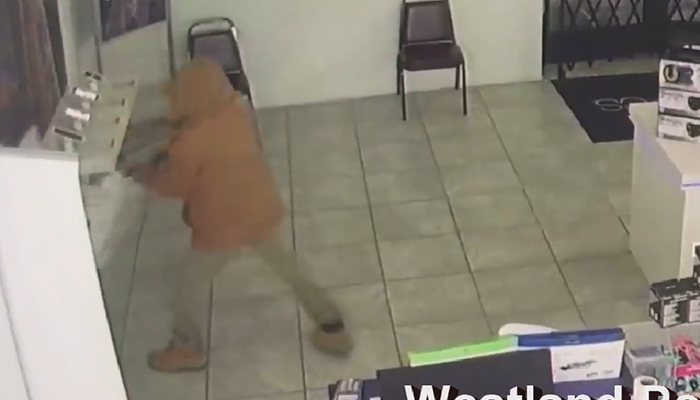 However, as soon as he pulls it with all his might, the entire display shelf lands on him taking him to the floor! And you bet, it was an amusing moment to watch! 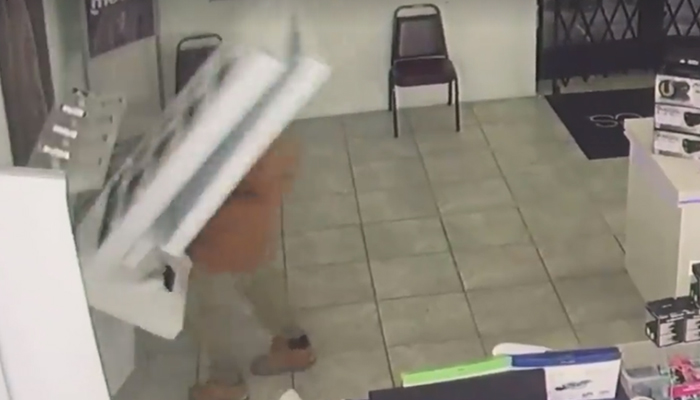 However, he picks himself up and manages to grab quite a few phone boxes before walking towards the exit.

Westland MI – (April 2, 2019) The Westland Police request the public’s assistance in identifying a subject who broke into a cell phone store.The Westland Police are requesting the public’s assistance in identifying a subject shown on video during the commission of a burglary of the Metro PCS store located at 4683 S. Middlebelt Rd. The burglary occurred on March 4, 2019 at approximately 10:40 p.m.The subject is shown on video entering the store and stealing multiple cellular telephones. In one instance, he is seen attempting to pull a phone off of its security device causing the display to fall on top of him.The subject is described as a black male with pointed black facial hair on his chin. He was wearing a tan jacket, tan khaki type pants, a black knit cap with a white circular logo, and tan work boots. The subject is seen after re-entering the store without the jacket wearing a tan colored hooded sweatshirt with white writing on the front.If you have any information regarding this incident, or are able to identify the subject pictured in the video, please contact Detective Farrar at 734-467-7912. Ref: 19-9808

The incident actually took place more than a month ago on March 4th but was released by the police on Tuesday.

Nonetheless, he got a bit of the whack he deserves! Lol.