Tanmay Bhat Showed Middle Finger To A Guy, He Turned It Into A LinkedIn Motivational Post

LinkedIn started off as a helpful platform where people could search, apply and hire for jobs. It was also a great place for people to build professional connections. But now it’s no better than any other social media platform. People are sharing inspiring good-morning messages, writing lengthy paragraphs on their struggles and success stories, and there are people called ‘LinkedIn influencers’ now.

Basically, some people on LinkedIn can turn any experience, no matter how juvenile, into a ‘motivational’ post. For example, a guy named Anuj Narang apparently got the middle finger from standup-comedian Tanmay Bhat and he turned it into a life lesson.

So, one night, Anuj and his friends were chilling at a brewery and they came across Tanmay Bhat sitting at a table with his friends. They went to him and asked for a selfie. He obliged. Then they started asking him several questions including when is his next ‘roast’ coming or has he lost weight. To this, Tanmay showed them the finger. 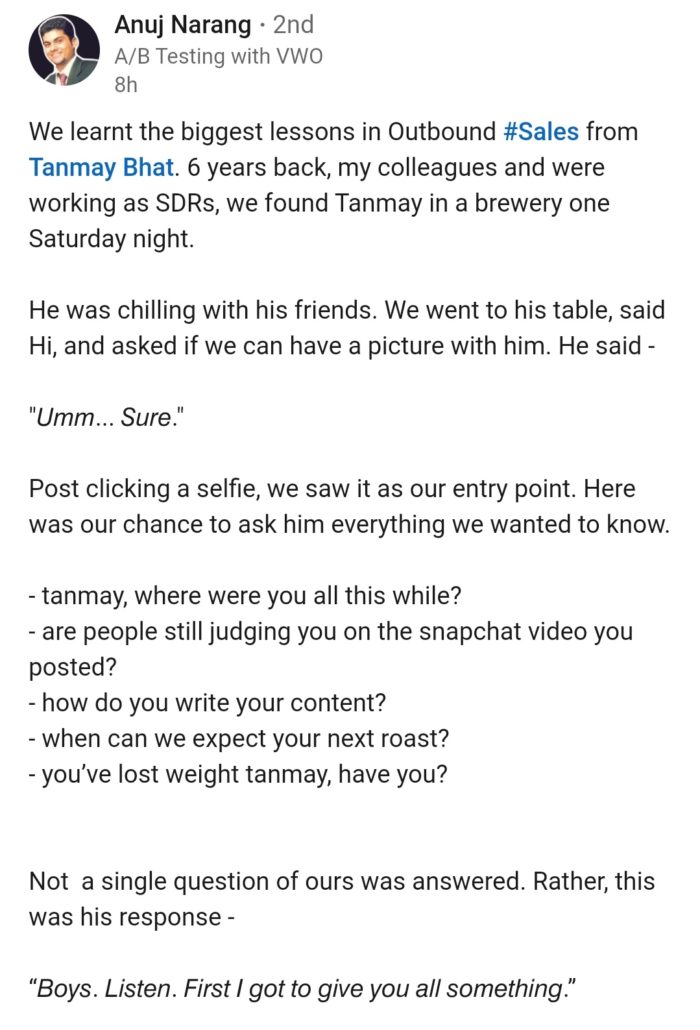 For Anuj Narag, this experience became a big lesson on ‘Outbound Sales’. 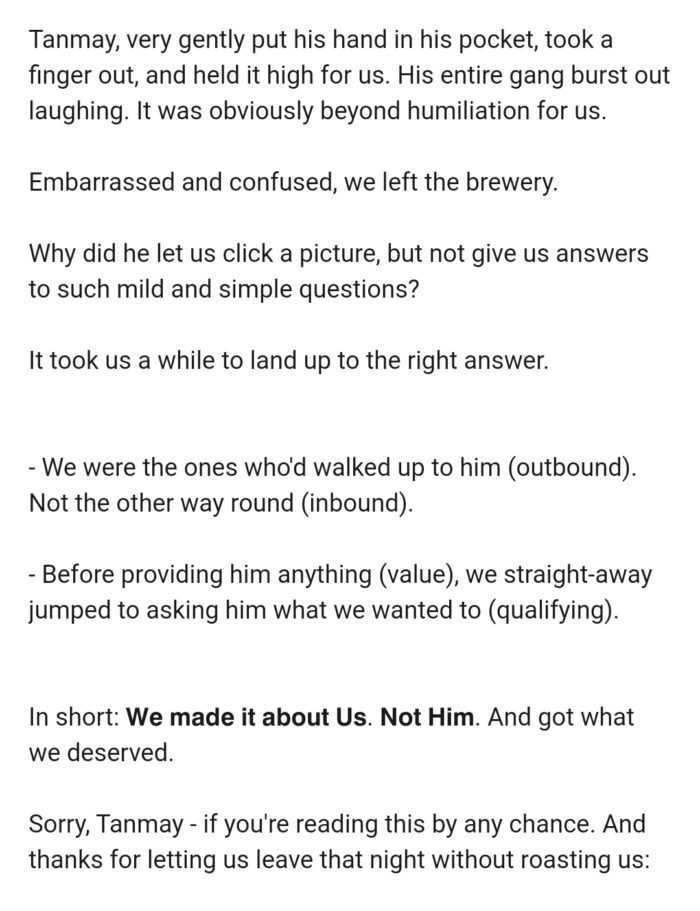 If this is not peak LinkedIn behavior, I don’t know what is.

Screenshots of this post have been circulating online and people have a lot to say:

What the fuck is wrong with LinkedIn? pic.twitter.com/eoryDF1Tku

LinkedIn used to be an app where people would apply for jobs, companies would post about new openings but now its just a platform where everyone just puts up some bakchodi posts while some make themselves look like Mother Teresa.

Nowadays LinkedIn is filled with this sort of trash only.
Unnecessary and cringe posts. All these things are increasing day by day. There’s a very little difference now between Instagram and LinkedIn.

LinkedIn is slowly becoming quora infact more cringey, last week I saw someone posting pictures of lunch given by company and it got more than 10k likes my goodness

It was better when people used to consider LinkedIn just as a job portal. Anyone trying to burst that myth deserves nothing but these kinds of posts.

LinkedIn used to be so much better before. Kaha gaye woh din?