We all know how Korean products are great for skincare or how Tamil music is full of energy. Confused, why I am speaking about two completely unrelated topics? Well, there is more to this subject than meets the eyes.

Although Korean and Tamil are distinct languages, a recent Youtube video highlights how they have similar vocabularies, reports Indian Express. The video uploaded by YouTuber Bahador Alast demonstrates various words and sentences that the two languages have in common.

Featuring Ellen (a Korean speaker) and Visha (a Tamil speaker), the video shows host Alast asking the ladies to pronounce various words in their respective languages. He then lets the other woman pronounce the same word in their language while explaining it’s meaning.

This exercise led to revealing a lot of similarities between Korean and Tamil words such as the word “day” is pronounced as “nal” and the word “father” is pronounced as “appa” in both languages. The video further explained how the pronunciation of the word “I” in Korean is “na” and in Tamil is “nan”, which is quite identical.

Look at what people had to say about this interesting video: 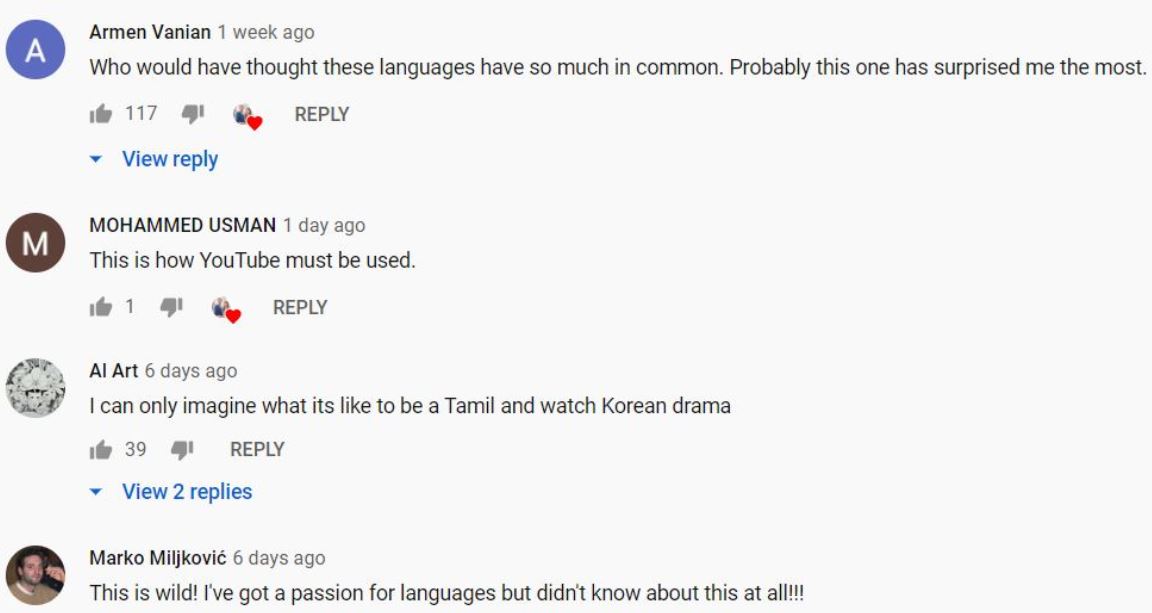 According to The Hindu, Jung Nam Kim, president, Korean Society of Tamil Studies, had previously said there were words found with similar meaning and pronunciation in Korean and Tamil. Some other Tamil words with the same meaning in Korean language include uraam (manure), pull (grass), pudhu (new), sourru (rice) and yerru (plough).