Remember ‘Taarzan: The Wonder Car’? 13 Years Later A Guy Found It In A Mumbai Garage!

Did the visuals of the sleek automobile flash in front of your eyes?

We were all fascinated when the movie ‘Taarzan: The Wonder Car’ released because, with it, we found the car of our dreams. The movie may not have done well at the Box Office but the crime-fighting-justice-seeking car, that was supposed to be haunted by the soul of Ajay Devgn in the film, won us over.

People could not help but croon over the car’s magnificent body and sparkling blue colour, so much that its lead actor Vatsal Seth got dubbed as the ‘Taarzan wala hero‘. Although the car was supposed to go on the market after the release of the movie, it never happened and eventually, people stopped thinking about it.

But you’ll be elated to know that our favourite car has resurfaced. Yes, I am serious!

Storypick spoke to Vikram AdityaShukla, the man behind the revelation, who told us that he was on his way from college in the North of Mumbai on 15 November 2017, when he saw it in a garage. The car, unfortunately, is in a deplorable condition, a mere shadow of what we saw in the movie.

He immediately stopped and took pictures of the car which he then shared in a closed Facebook group for techies called XDA Off Topic. His post went viral and people started enquiring about the whereabouts of the car, with some even offering to buy it. Vikram also came to know that the makers of the car tried to auction it off for 2 crores which then came down to 35 Lakhs after six years and was bought by a ‘Bigshot’ for 2 Lakhs. 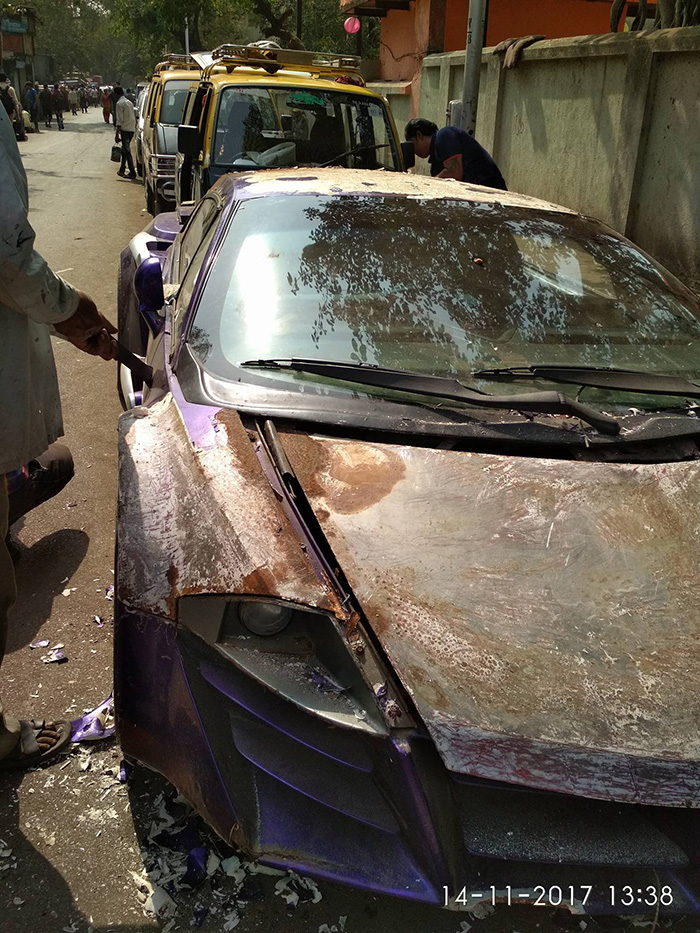 The current owner of the car has given it to the garage so they can restore it, perhaps to its former glory. It is really sad to see the car, that was a part of our childhood in such a pitiful condition. We wish that the car is restored to its former glory and continues to blow our mind while we sing ‘Mera dost… Mera car… Taarzaaannn….‘