Sushant Singh Rajput’s Friend Pens Note: I Know You Were Made To Feel Like An Outsider

The passing away of actor Sushant Singh Rajput has brought shockwaves to his well-wishers and highlighted the gloomy reality of showbiz. The bubbly and charming actor who danced his way into the film industry was remembered by his acquaintances who shared their memories of the actor. Many of his colleagues in B-Town also opened up about how he was giving hints of his deteriorating mental health, however, no one came to his rescue.

Of all the various approaches I’ve tried in the last few months, these meta skills have worked wonders with the best ROI of time 🙂 👇🏻 1. 7 hours of optimised sleep 💤 2. Regular meditation 🧘‍♂️ 3. Writing a journal. 🖊 4. Frequent Exercise 🏋️‍♂️ 5. Optimising digital time 🤳🏻 and 6. Intermittent fasting 😇 Try them, if you will, and share your secrets for upgrading quality of life! #eyeofastorm ⚡️

To my friend Sushant,Dear Sushant,Hope you are happy wherever you are. Whenever I thought about you, I never saw the…

He further added how he could see the gratitude and thankfulness in his eyes. “Sushant, you were wonderful and now that you are no more, I feel a void in my life,” he said.

Atul went on to say how they had a difference of opinions. “Sushant, I disagreed with your politics. I absolutely hated it when you dropped Rajput from your name. But only us, the friends knew that it was never a part of your name.”

“You were simply Sushant Singh for the world and Gulshan for us all. Sushant I also hated it when you did a movie like Kedarnath. But now when I go through your timeline mate, see your responses, and the various reports that are coming in, I realize the kind of duress you were under.”

“The Bollywood Mafia made you say things you probably didn’t even mean. I am truly sorry for being angry my friend.You have always been a religious man with a scientific temperament. It clearly shows in your Insta and Twitter feed.”

Almost anybody can learn to think or believe or know, but not a single human being can be taught to feel. Why? Because whenever you think or you believe or you know, you’re a lot of other people: but the moment you feel, you’re nobody-but-yourself. To be nobody-but-yourself — in a world which is doing its best, night and day, to make you everybody else — means to fight the hardest battle which any human being can fight; and never stop fighting. ~ E.E. Cummings

Atul also added how he was ‘made to feel like an outsider in an industry full of star kids’ and was denied the success he truly deserved.

“Sushant, I know that you were anything but a weakling. You have stood up to bullying in school.”

“We have fought each other and fought together; I just hope we had stayed in touch. Maybe, it wouldn’t have come to this. Maybe, we could have fought one last fight together against the nepotism driven industry.” 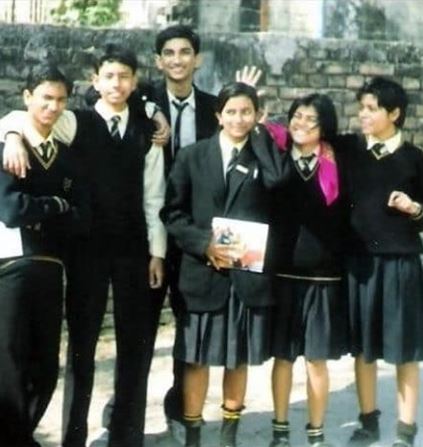 Atul concluded his note by writing:

“In the past 9 years that we stopped talking, I have loathed and loved you, I have mocked and missed you, I have felt ashamed and proud of you.”

Atul’s memoir for his childhood friend reflects what a wonderful human Sushant was. We hope now he is relieved of the pain and is in a better place. RIP, Sushant.