Of late, a lot of influential Bollywood celebs like Shah Rukh Khan, Ajay Devgn, and Akshay Kumar have joined hands with tobacco-making companies to promote some of their products.

However, they were also mercilessly slammed online leading them to issue a public apology. 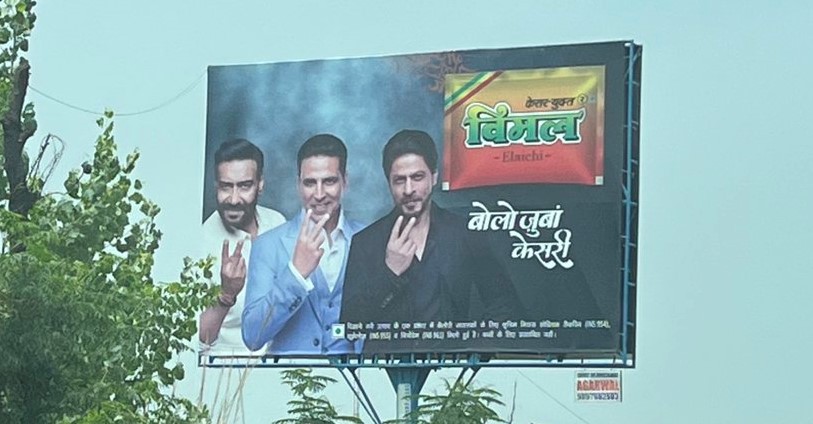 People online are still furious and don’t miss any opportunity to slam actors promoting such brands.

Looks like this Twitter user was very angry probably that’s why he didn’t check which actor he was tagging while calling them out.

While retweeting a tweet, the user named Moni called out the #GutkaKingsofIndia saying that they are leading the country towards cancer. While he correctly tagged SRK and Akshay Kumar in his tweet, he mistakenly tagged Suniel Shetty instead of Ajay Devgn.

‘Phir Hera Pheri’ actor Suniel Shetty took note of his blunder and decided to respond to his tweet. He wrote:

Well, Moni was quick to accept his mistake and said he didn’t intend to hurt the actor.

People online had a great laugh at this gaffe.

Kyu fame k liye Anna ko pareshan Kia …
To be honest the only reason you are not liking it is bcoz they are getting paid in crores,

The day they will offer you even you will do it..

Now that’s an incident he will remember for the rest of his life.