It was just the other day while commuting to work, I chanced upon a cute puppy enjoying an auto rickshaw ride. It was feeling the breeze and sticking out its tongue in joy. Seeing him I was grinning ear-to-ear. There’s something too adorable about dogs in vehicles. And, dogs on vehicles too.

Spotted in the bylanes of aamchi Mumbai, is this cutie named Sultan. 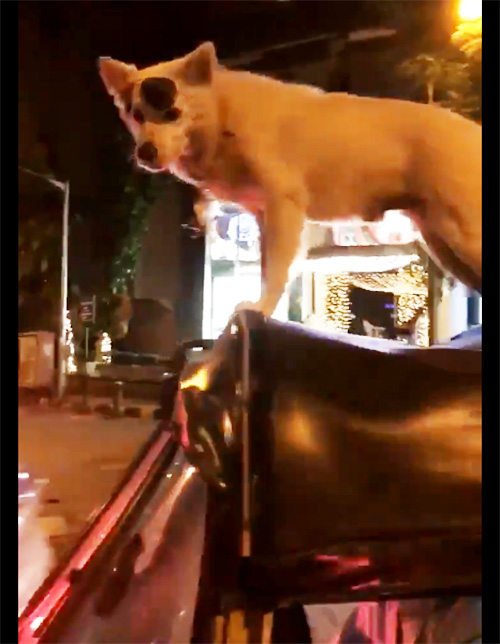 Sultan the dog, is no ordinary pup. He is quite an exhibitionist, you see. Channelling his inner Ajay Devgn, Sultan loves riding on roofs of auto rickshaws. Just look at that tashn. ?

Posted by RJ Malishka, the video shows Sultan riding an auto…err…on the auto, like a bawse.

The coolest thing I saw last night in #Mumbai.Wo hai Sultan. My city is full of surprises? pic.twitter.com/LaIKyuLjKk

While some called the act cool, there were some who were concerned and found the act dangerous too.

It is slightly, but we guess he is doing what he loves doing. We just hope there was some safety mechanism to keep baby Sultan safe while riding. Otherwise, we too think it is super-cool. 😀

*Going out in the streets of Mumbai, looking for Sultan*