9 People Who Proved Success Is The Best Revenge

Bury all the people who didn’t believe in you with a smile: Success is the best revenge.

If there’s one thing to remember when it comes to the general population, it’s this: People judge too much. They might make some comments or pass some judgments that affect us mentally. Of course, how we are affected by the people who throw aggression at us, is entirely up to us.

Living a happy life is a delicate combination of going with the flow and sometimes, swimming against the current. You cannot do only one thing out of these two. I know it feels very bad and difficult to be disliked, to be not accepted, to be belittled, but just hang in there because you are not alone, and the best is yet to come.

History is replete with such kinds of people who proved themselves in spite of what others believed about them. They never let anyone’s opinion affect them and they went beyond the conventional and proved their haters wrong; they succeeded not because they thought about the people who let them down, but because they believed in themselves.

Let’s have a look at their stories.

1. Walt Disney: Fired from the newspaper company because apparently, he ‘lacked’ creativity.

At the age of 7, he sold some of his sketches to his neighbors. His interests in art and drawing were apparent. While attending McKinley High School in Chicago, he used to work diligently in the art and photography field. He was then hired at the Kansas City Star newspaper. Later, the newspaper company fired him because they thought he ‘lacked creativity’. After that, Disney started a number of businesses that didn’t last too long and ended with bankruptcy and failure.

After several trials and tribulations, and also with very little money, Disney’s persistence paid off. His works, which were a reflection of his brilliant animation skills, were selected from Motion Pictures in 1928 and thus, Mickey Mouse was born.

Also known as MJ, he is an American professional basketball player. Most people won’t believe that the person lauded as the best basketball player of all times was rejected from his high school basketball team. However, according to Forbes, it is just a myth and it persists because it inspires athletes from all over the world to work hard even when they face failure.

Whether it’s true or not, is a different question. But, luckily, that didn’t happen and it didn’t prove to be a setback. He also won the Most Valuable Player Award 5 times.

3. Arunabh Kumar: Got rejected by the company, MTV India

You know this guy right? The much acclaimed Yogi from the TVF Pitchers? He was unhappy that Indian Television industry didn’t have content rich shows. So, he approached the then most popular youth-oriented channel – MTV India. He expressed that he is keen to start something which is content rich. MTV rejected his idea.

After this, he started his own modest venture. Fast forward to the year 2015, and he has 1,096,581 subscribers to his YouTube channel. He is now known as The Qtiyapa Guy.

In his own words, ”When MTV rejected the idea, I think that was the best rejection of my life. Youth channels told me Indian youth doesn’t want to watch this. I wanted to prove them wrong. Had they accepted, the idea would have ended up in some maximum 10 to 15 episodes.”

4. Steve Jobs: Got fired from his own company

All of us know his story, don’t we? Steve Jobs recruited Pepsi executive John Sculley to run Apple. In 1985, Sculley convinced the board to sideline Jobs. After being fired, Steve Jobs built a company called NeXT, which was acquired by Apple in $400 million in 1997. It also gave Steve Jobs control of the company again and the rest is history.

While giving a Stanford Commencement Speech in the year 2005, “I didn’t see it then, but getting fired from Apple was the best thing that could have ever happened to me. The heaviness of being successful was replaced by the lightness of being a beginner again. It freed me to enter one of the most creative periods of my life.”

5. Sania Mirza: Targetted because of her clothes and marriage to Shoaib Malik

The year 2005: Her tennis clothes were ‘un-Islamic’ and ‘corrupting’, according to a Muslim scholar. Also, when she spoke about ‘safe sex’ at a conference, people said that she was ‘corrupting influence on the youth.’

The year 2010: When she married the Pakistani cricketer, Shoaib Malik, people called her a traitor, tweeted abuses and also sent her death threats. She was also called Pakistan’s daughter in law.

The year 2015: She became the first Indian to win a Grand Slam in Women’s Doubles at Wimbledon. She was awarded the Rajiv Gandhi Khel Ratna on August 29, 2015.

He is known for his many famous films like Schindler’s list, Jurassic Park, Indiana Jones. He is a very famous American director, producer, and a screenwriter.

Back then, the University of Southern California’s School of Cinematic Arts rejected him thrice because the Admissions Officer deemed his C-level grade average too low. After this, he went on to seek education from elsewhere and he made his way into the industry by directing Jaws, E.T.: The Extra-Terrestrial, and the Indiana Jones series.

He was always driven to make great movies. He is now worth over $1 billion to his production company Dreamworks.

After his success, he was invited by USC (the school that rejected him) to accept an honorary degree. Spielberg agreed but only on one condition – He would only accept if the person who had rejected him, signed the degree himself!

Who doesn’t know her? But before the success of Harry Potter, Rowling worked as a secretary in Amnesty International. She had laid the foundation of Harry Potter in her mind – the characters and all the situations that he would be faced with. All that daydreaming led to her getting fired. During this time, she was married.

After some years, she got divorced. And 7 years after graduating from her university, having a dependent child and, a failed marriage, Rowling saw herself as a failure. She described her failure as liberating because it allowed her to focus on writing. And the rest is history.

After the success of Harry Potter, she was named the Most Influential Woman in Britain and also ranked 48th most powerful celebrity of 2007 by Forbes. 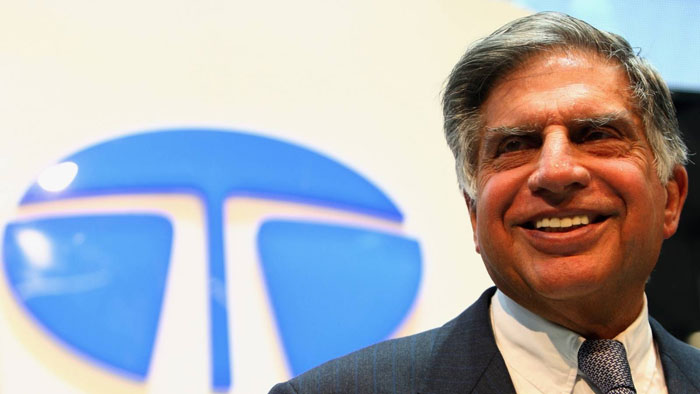 Back in the year 1999, Ratan Tata went to Ford to offer a deal to sell Tata’s motor division to Ford but was denied with a humiliating response from Ford officials. He decided to seek help from Ford, who showed interest. But the 3-hour meeting didn’t go that well and Ford humiliated Tata Motors. Ford executives even said that they would be doing a huge favor to Tata if they buy their passenger car division.

They were asked this question – “You do not know anything, why did you start the passenger car division at all?”

Ratan Tata was disgraced after this meeting and he left the room. Nine years later, in 2008, Ford was reeling in bankruptcy and they had to let go of their iconic Jaguar and Land-Rover brands for $2.3 billion. And guess who bought it? Ratan Tata. Ford chairman Bill Ford thanked Ratan Tata by saying “you are doing us a big favor by buying JLR.”

Along with Jan Koum, Brian Acton co-founded the very popular social messenger, Whatsapp. For 9 years, they worked together at Yahoo. In 2007, Koum and Acton left Yahoo and took a year off. After that, both of them applied to Facebook and failed. Brian was denied a job both, at Twitter and Facebook.

In the year 2014, Facebook acquired Whatsapp for $19 billion, which was its biggest acquisition ever. It must have felt good to Brian. According to Brian, Facebook taught him a wonderful lesson.

Their lives weren’t easy, but they never chose the easy path. They kept moving despite facing many obstacles. 🙂