Ever since Sushant Singh Rajput died of suicide last month, his well-wishers and colleagues from Bollywood have been hinting at foul play. Many of them also termed it a ‘planned murder’ and called for an investigation into the matter.

The list of evidence highlights several points supporting suicide and murder theories. According to the list, the mark on Sushant’s neck was not matching the type of cloth used, CCTV outage, no small table found inside the room, missing room duplicate key, servant changing his statement, among others indicate that it was a murder, according to Swamy.

Why I think Sushanth Singh Rajput was murdered pic.twitter.com/GROSgMYYwE 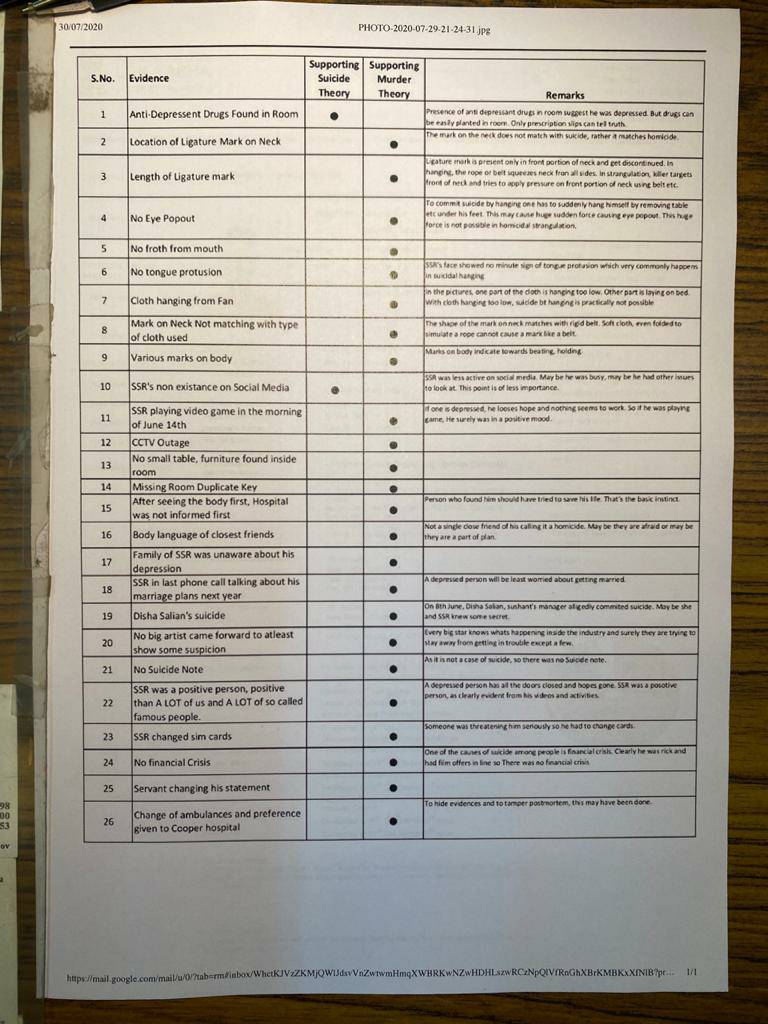 In his tweets, he also said that the ‘Movie Mafia’ has deliberately involved a female actress into the scene to distract everyone’s attention.

The Mumbai Movie Mafia has decided to dump a female actress so that potentially a murder case becomes a quarrel case( Lafhda in Mumbai Hindi) for ₹15 crores. The female is easy to sacrifice for M3 to deflect the case

The politician has time and again been vocal about having a CBI investigation in Sushant’s death case.

If Bihar Police is serious about having a say in the investigation into the unnatural death of Sushant Singh Rajput then there is no alternative to a CBI probe since Police of two States cannot separately investigate the same crime.