The numerous adorable doggo videos we come across on the internet happen to be absolute mood lifters. While some of these four-legged angels make us laugh with their hilarious expressions, the others teach us a lesson on loyalty.

While today’s video is no different, it is one of the most heartwarming ones you’ve ever seen.

In a clip that will touch your heart, a street dog can be seen standing at the door of a pharmacy. The canine also had a feeble expression on its face and kept looking at the pharmacist, Banu Cengiz. 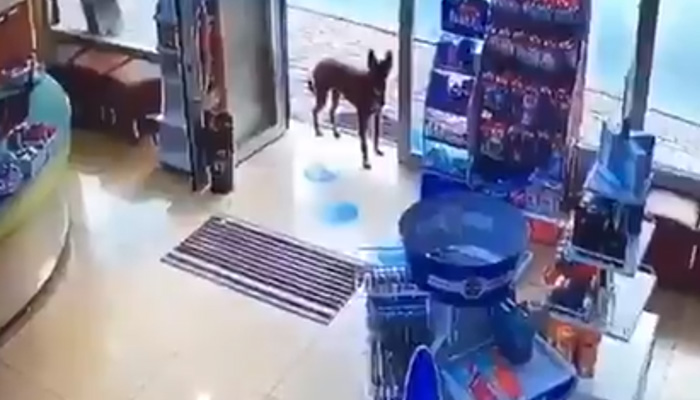 The incident took place in Istanbul.

This grabbed the attention of Banu and she quickly ran to the dog to help. She found out that its paw was bleeding and it required treatment. In a bid to ask for assistance, the dog put forward her its paw on Banu’s hand. She cleaned the wound, applied medicine and then gave the dog food and water.

According to India today, Banu said that the dog laid down after being treated which was a gesture to say ‘Thank You’.

Here is another video which gives a closer look:

Needless to say, the charming dog won a plethora of hearts with its actions.

I love dogs and sometimes humans. 😭

Dogs are the best

This has to be the best thing on the internet today. :’)