Do you know what’s the worst bummer of them all? Losing your wallet.

However, losing your wallet isn’t just the cause of an hour-long anxiety attack. It’s the thought of having your debit and credit cards in the hands of a wrong person. Because who would want to return a juicy wallet filled with free cash? Turns out, there are honest and kind-hearted people who will not just want to return a lost wallet back to its owner, but also go the extra mile.

According to a report by Metro UK, one man found a lost wallet and wanted to return it to its owner. But he couldn’t find anything in the wallet containing the owner’s information. However, he found his bank account card containing his account information. And then he came up with a genius solution!

He went on to transfer a small amount from his own money to the account of the owner. Each bank transfer allowed him a reference note of 18 characters, revealed Times Now News. The man made 4 bank transfers of 0.01 pound (1 rupee approx) each and left 4 reference notes which read, ‘Hi I found your wallet in the road’. He also left his phone number. 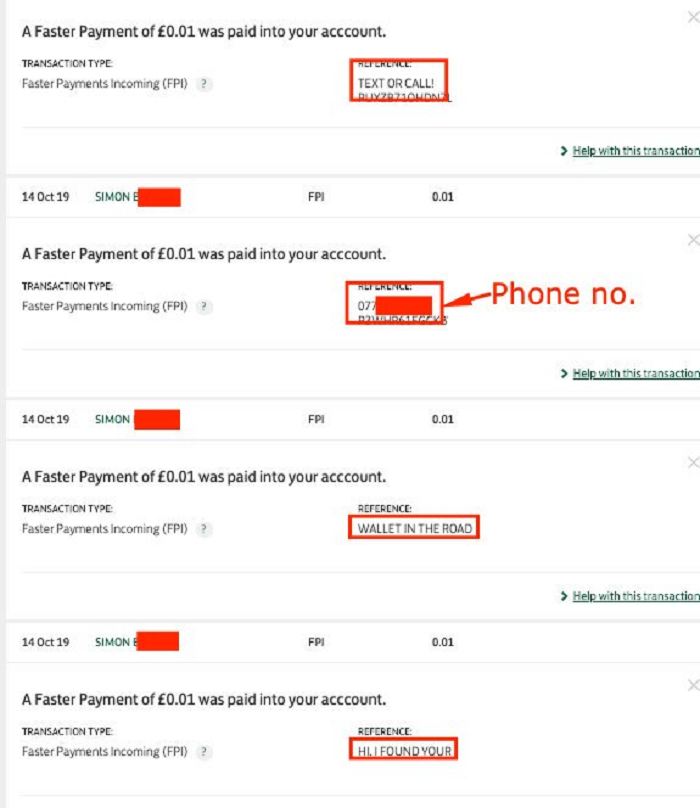 Debit/credit cards in the UK usually have bank account details imprinted on them. Which is why the man could do the transactions in the first place.

The owner of the wallet, Tim Cameron, took to Twitter to post screenshots of the bank transfers and wrote a heartfelt note thanking the man.

I just lost my wallet on the way home from work. I didn't have much identifying info in there so a good Samaritan got in touch with my via my… bank account 🤯

4x transfers of £0.01 each with a reference up to 18 chars pic.twitter.com/RVK8I1ZctQ

Netizens are all praises for the man and lauding the genius plan!

What an absolute legend, this restores faith that there are still genuine decent people out there, I was starting to give up on it but this is awesome to see 😀 not everyone is untrustworthy self-serving scum yay 😀

Bless them. Hope they win the lottery or fall in love or something lovely

That’s so clever and kind!

If only all people could be this kind-hearted and smart, we wouldn’t have to worry about losing our wallets!