Television actor Sriti Jha is popular for her myriad roles in hit shows like ‘Kumkum Bhagya’, ‘Dhoom Machaao Dhoom’, as well as ‘Dil Se Di Dua…Saubhagyavati Bhava’ opposite Karanvir Bohra. She has not only won hearts with her acting skills, but is also a poet who often takes the stage to perform the spoken word.

A video of her emotionally reciting a heartfelt poem titled ‘Confessions of a Romantic Asexual’ has resurfaced on social media. During the Spoken Fest in Mumbai in January 2020, Srithi spoke about identifying as an asexual and all the pressure she has had to face from society due to it. Check it out:

She ended the poem with the line, “I am asexual, I’m not the only one.”

People showered love on the video: 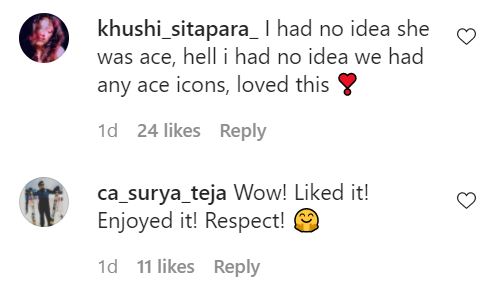 Asexuality in the LGBTQIA+ community is yet to receive the representation it deserves. Having had 3 friends who identify as asexual, I hope that this serves as a medium to start the much-needed conversation. More power to Sriti and all the other Indian aces!