The brave hearts in uniform have time and again gone beyond their call of duty and helped citizens in the kindest ways possible. After Chennai’s ‘lady Singham’ who carried an unconscious man on her shoulders to safety, this cop from Srinagar has been winning hearts online.

Recently, a video of a 90-year-old man Abdul Rehman went viral wherein the elderly was narrating how he was robbed of his life’s savings by some unidentified goons in the city. The old man who made a living by selling street food on the by lanes of the city was beaten brutally by the robbers in Bohri Kadal who then looted Rs 1 lakh from him. 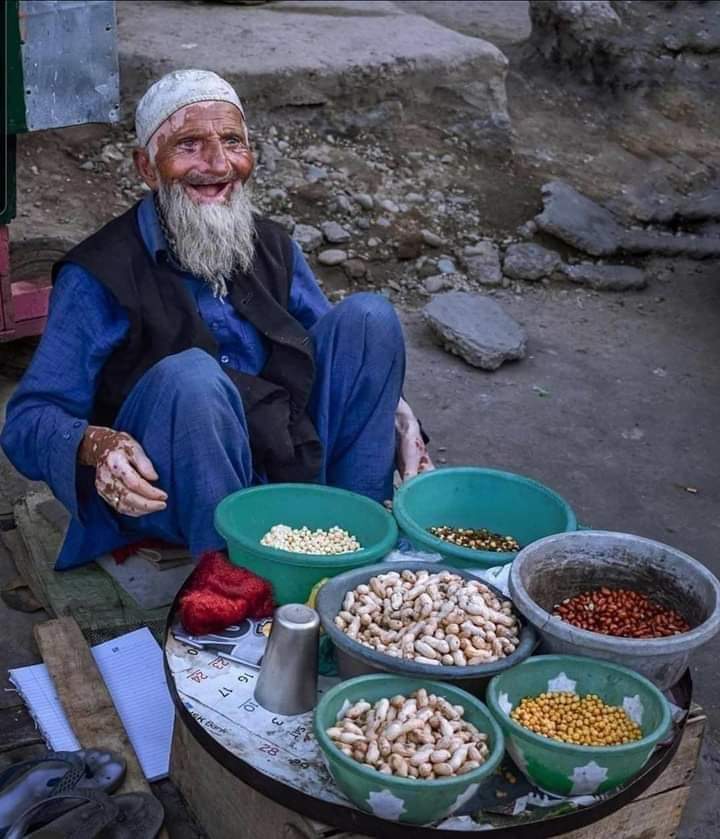 “Money is not a big problem even iPhone costs more than a lakh but for him, it was his life savings that were lost.”

According to reports, Rahman, who lives alone, had saved the money for his last rites by working throughout his life. Fearing he might misplace the money somewhere, Rehman used to carry the cash with him. An investigation is underway.

“He had savings of one lakh sixty thousand rupees which he divided into two and kept one lakh in one pocket and 60 thousand in another pocket. Robbers snatched one lakh rupees from him. Saving such an amount by selling nuts on the roadside is a big thing. I felt bad after knowing this incident,” sympathized Sandeep.

Good of @SrinagarPolice and @Sandeep_IPS_JKP to give Rs one lakh to Abdul Rehman, 90 till the time money is retrieved from burglars who looted Rs 1 lakh from Channa seller's home. Rehman sells snacks at Bohrikadal and lives alone. He had kept hard earned money for his last rites. pic.twitter.com/CW8nAlyZMb

The gesture of a police officer paying a robbed, old man from pocket is a unique and a noble gesture. Great work. @Sandeep_IPS_JKP

Appreciative decision by Srinagar police & @Sandeep_IPS_JKP towards the old aged Channa seller to assist him with the money of one lakh that was looted from his home. Abdul Rehman had saved the laborious money for his last rites; he sells snacks and lives all alone!

Srinagar SSP @Sandeep_IPS_JKP won hearts by helping, with Rs one Lakh donation, to a 90-year-old street food vendor Abdul Rehman in Srinagar who was robbed by unidentified people. Salutes to you for your humanitarian gesture. @JmuKmrPolice @KashmirPolice @igpjmu @KVijayKumarIPS pic.twitter.com/ojUfzziCYe

Hello Srinagar, let us go and buy from Abdul Rehman. I am sure the street food he sells would taste far better than any branded chips or fries. Let us give him reasons to go home smiling. https://t.co/8PPZ2smG4p

Sad to know tht Abdul Rehman wz robbed off his savings worth ₹1L. @SrinagarPolice & @Sandeep_IPS_JKP hv done ryt thing to offer relief coz he wud b no more till the robbers wud b caught. As i clicked a pic he had said “ yini mey kinak” (plz don’t sell me) https://t.co/u3UF2jJH3f

At an age like Rehman’s, it’s next to impossible to save such a huge amount again. Thanks to SSP Sandeep for keeping the old man’s hope alive.