Last month, a video of Pune’s ‘Warrior Aaji’ wielding two sticks and performing martial art skills on city streets went viral on social media. Through her amazing ‘lathi-kathi’ performance, she used to seek alms and sustain herself amidst the pandemic. Her strength, agility, and lathi skills caught the eye of Bollywood actor Sonu Sood who then proceeded to tweet that he wishes to open a small training school with her.

Can I get her details please. Wanna open a small training school with her where she can train women of our country some self defence techniques . https://t.co/Z8IJp1XaEV

As per a report in TOI, the actor has fulfilled his promise and a new school had been opened up on the day of Ganesh Chaturthi. 85-year old Shanta Balu Pawar, a.k.a. ‘Warrior Aaji’ is now all set to teach women and young kids some kickass self-defense techniques. Check out the video below to see her in full-action:-

On the occasion of #GaneshChaurthi, @Sonu_Sood opens a martial arts school for the warrior grandma Shanta Pawar whose video went viral on the internet. The messiah of migrants opened the school for her so that she can teach women & young children self-defence techniques. In order to express her gratitude, she has named the school as Sonu Sood Martial Arts School & he has promised that he will visit the school at the earliest! #sonusood #aajishantipawar

In the video, we can see a banner which reads ‘Sonu Sood Martial Arts School’ and many children practicing with bamboo sticks in front of it. Shanta could be seen saying, “This dream of my mine has been fulfilled by Sonu. I have named my school after him. I am very thankful to him,” News18 reports.

Upon further conversation, Shanta said, “I attended the inauguration event… some children of the area had also visited and I demonstrated the art. They grasped the skill very fast and are eager to learn.” 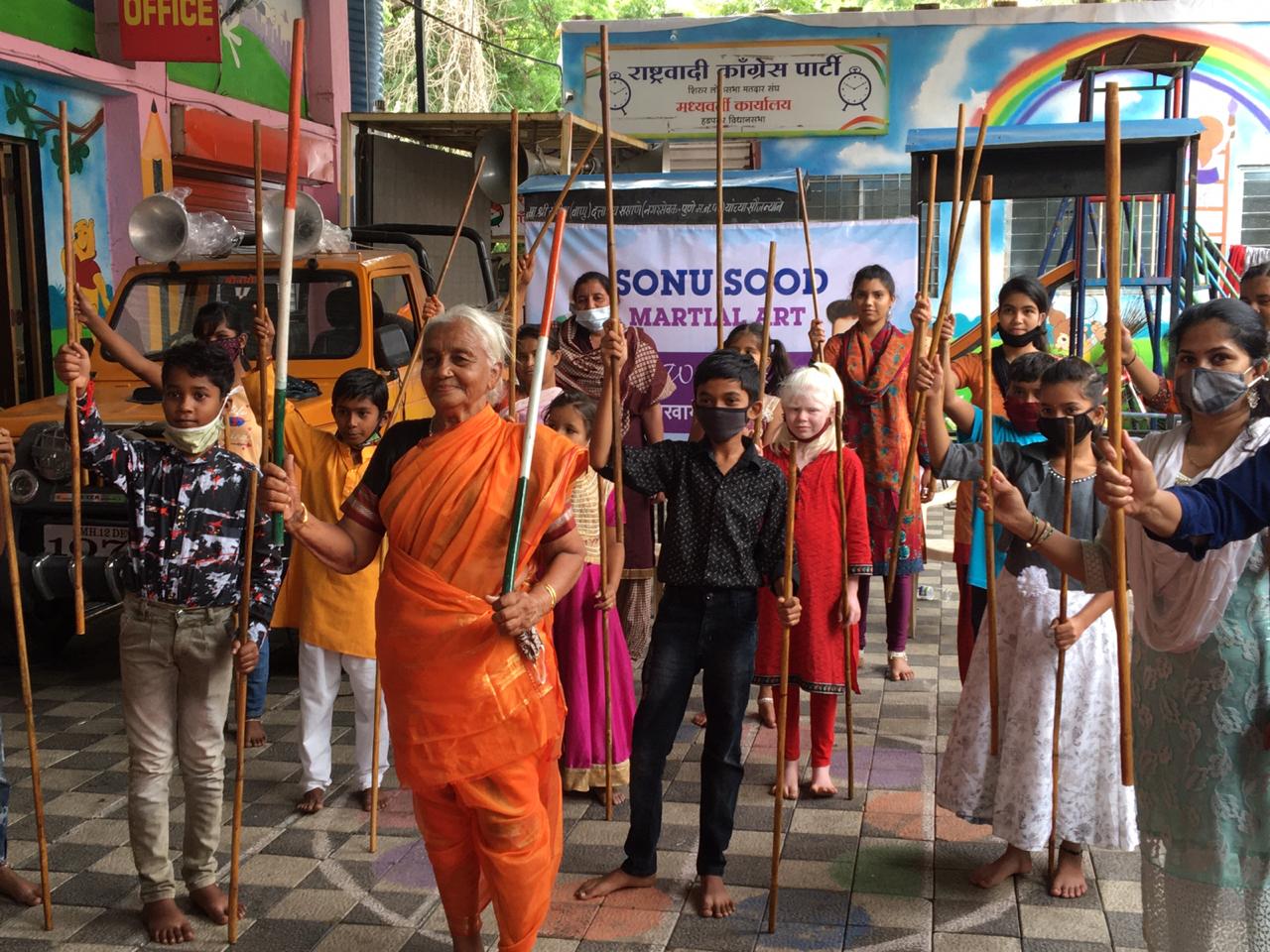 Giving an insight into what went behind-the-scenes with the setting up of the school, The Indian Express reports corporator Yogesh Dattatray Sasane saying, “Aaji lives close to where I stay, and I got to know more about her after the viral video… within some days, I was approached by volunteers of Nirmitee and I readily offered to give Aaji space to conduct her classes for lathi-kathi.”

Finalizing the location, he said, “The existing premises of Savali Foundation is for recreational and development activities for women, such as karate, yoga, teaching, parlor training, and computer classes. I proposed that I will give the open space to her for free, and the help from Sonu Sood goes directly to Aaji.” 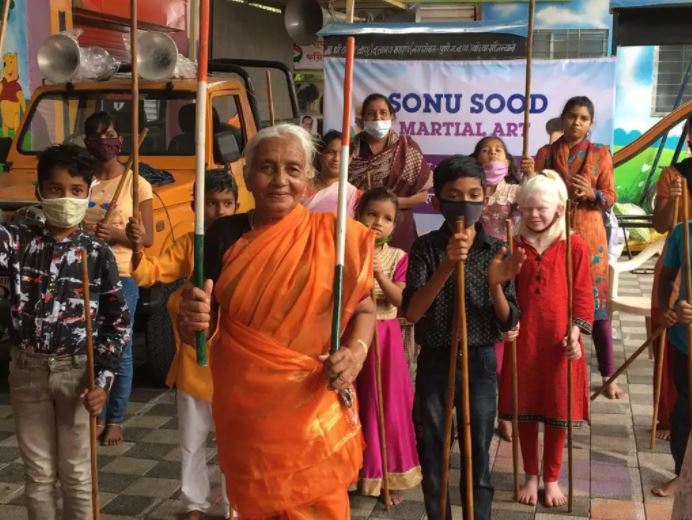 The hour-long classes are currently scheduled 3 times a week, and consists of a mixed batch of 30 students. Sasane also revealed that on some of the remaining days of the week, Shanta could lend her teaching skills to nearby schools as well.

Speaking about the journey, Sonu Sood said, “When you see such talent, you want to pass it on to other people also. That lady at this age can inspire so many people, who say things like, ‘mera toh umar hogayi hai, mujhe kuch nahi karna.’ I thought she deserved a platform and what better way to pass this talent on through a school.”

He continues, “I wanted the school to be named after her, but she insisted that she will call it Sonu Sood Martial Arts School. When for the first time I spoke to her and bounced the idea she was very excited saying that she always wanted to come up with her own training school. So, we are taking care of the expenses, and Aaji can earn and make a living out of the minimal fees from her students.”

He concludes by saying, “She wanted me to come for the opening, she calls me beta. I connected with her through a video-call. I am stuck in Mumbai with a lot of work. And frankly, it is her school and I didn’t want to take away attention from her on the big day with my presence.” 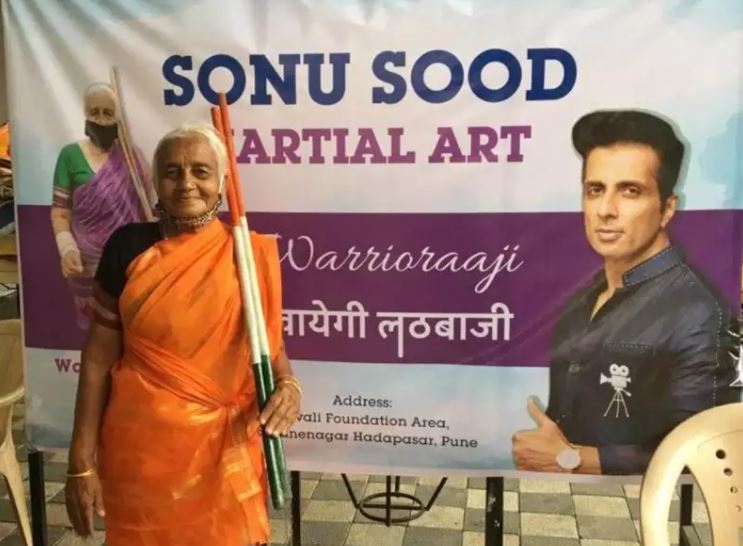 We are very inspired by Aaji, Sonu Sood, and all the volunteers who helped set up a great initiative that would surely empower women and children. What do you think? Tell us!